Goa is one of the most popular tourist destinations in India. Also known as 'The Pearl of the Orient', a typical Goa Tourism comprises of long palm-fringed beaches, Gothic churches, age-old ruins, coconut groves, intoxicating Feni, and susegado way of life. It is situated on the western coast of the Indian Peninsula; separated from Maharashtra by Terekhol River in the north, Karnataka in the south, the Western Ghats in the east, and the Arabian Sea in the West.

Goa can be divided into four divisions - the Eastern Hills, the Central Valley Lands, the Flood and the Coastal Plains. There are several rivers and streams that flow through this delightful state, and some of the famous lakes in the state are Mayem and Carambolim. Most of the rivers are navigable and of immense economic importance as ores are transported through these rivers to the Mormugao port for export.

Goa was conquered by the Portuguese in 1510 and had been a Portuguese colony for about four centuries. It was finally declared free of Portuguese rule in 1961, fourteen years after independence. Goa was conferred statehood and Daman and Diu was made a separate union territory in 1987. Travel to Goa with a range of Goa Tour Packages and know this beautiful land in the most elaborate way.

Goa has a large number of interesting tourist sites such as forts, churches, waterfalls, seminaries, and caves. However, the most prominent of them all are undoubtedly its long and lovely beaches.

Anjuna is a small village in north Goa that is popularly known as the freak capital of the world. Its full-moon rave parties and the Wednesday Flea Market that take one back to the hippie days have gained international fame.

Colva is the longest beach of Goa with a stretch of 20 km virgin sands, palm fringed and sun kissed shore. Just 2 kms from here is Benaulim which provides a peaceful escape from the crowds of the city. Take a stroll here and visit the Old Portuguese houses.

Mapusa must be visited for its weekly Friday market which is full of souvenirs and fascinating articles like wooden carvings, coir mats, wood furniture, straw hats and freshly baked bread. It is also more typically Goan, with fish, fruit, vegetables and other fresh produce sold alongside tourist goods.

Vagator and Chapora are quaint fishing villages where the sea turns from aquamarine to emerald green. Nearby is a 500-year-old Portuguese fort that till date leaves a visitor spellbinded.

The Dudhsagar waterfall and Arvalem waterfalls attract numerous tourists every year. The rock-cut caves of Khandepar and Arvalem are also worth a visit, so are the Monastery of Serra do Pilar, Saligao Seminary and Rachol Seminary.

The Basilica of Bom Jesus is a World Heritage Monument and houses the remains of St. Francis Xavier, patron saint of Goa, in a glass coffin inside a silver casket.


Cathedrals of Saint Catherine and Saint Francis of Assisi

The Cathedral of Saint Catherine was completed in 1619 and is the largest Christian church in Asia. Bith the churches are splendid examples of Renaissance architecture.

The Se Cathedral is dedicated to St. Catherine is the seat of the Patriarch of the East Indies. It was built to commemorate the victory of the Portuguese under Afonso de Albuquerque over a Muslim army. This battle led to the capture of Goa in 1510.

The Church of St. Cajatan was built by an Italian architect in 1651, and was modeled on St. Peter's Basilica in Rome. A theological college is housed here now.

Most of the temples in Goa have idols brought from Mithila region in Bihar, by the Saraswat Brahmins. Most popular among them are Shri Mangeshi, Shri Shanta Durga, Shri Ramnath and Tambdi Surla. Alongwith religious importance, they are also known for their beautiful temple architecture.

Goa has a number of excursion sites located close by. From wildlife, lakes, and rivers to Medieval and colonial architecture, Goa has it all.

The wildlife sanctuaries of the state of Goa do not have as much variety of flora and fauna, and are smaller than many of the other Indian wildlife sanctuaries. However, they have a peaceful atmosphere and have better tourist facilities which make them a must visit place. Bondla is renowned for its gardens, mini zoo, and deer park, and is a real treat for the children. The Molem Wildlife Sanctuary is the biggest of three wildlife sanctuaries in Goa. Dandeli is another place worth visiting that is located on the Goa-Karnataka border and known for its beautiful landscape, apart from the rich flora and fauna.

The Mayem Lake is the favourite escape of the local Goans who pack their picnic baskets and set off to this delightful haunt. See the migratory birds as you paddle a boat for a romantic ride.


How to Reach Goa

Goa's International Airport is located at Dabolim, at a distance of 29 km from Panjim, on the coast near Vasco Da Gama. Goa's two main railway stations are at Margao and Vasco Da Gama. Reaching Goa by train is easy from Mumbai (490 km), Bangalore (430 km), and Delhi (1,874 km).

Temperatures in Goa are moderate with not much variation. The summer is at its hottest in May while the winter months of January and February are the coldest. The state experiences tropical weather the rest of the year.
When traveling in Goa, carry plenty of sun screen/sun tan oil, glares, small foldable umbrella and comfortable carry bags.
Goa is infamous for drugs and one must be careful at all times.
Coconut, cashew and jackfruit grow in abundance in Goa and the markets are full of them. Be sure to take some home! 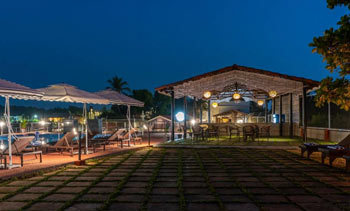 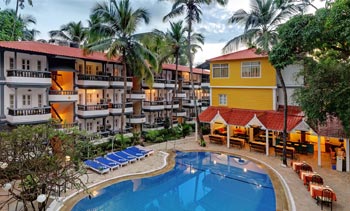 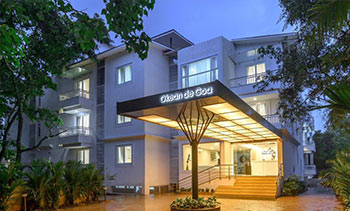 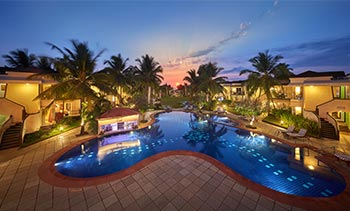 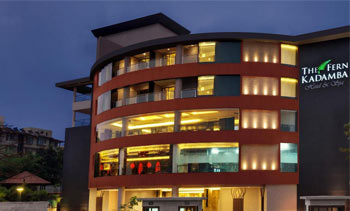