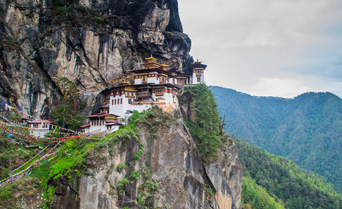 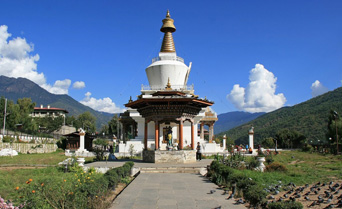 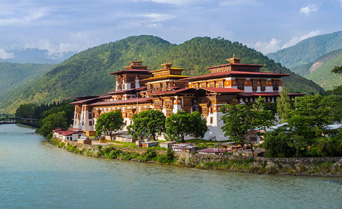 What does happiness mean to you? In case, you are wondering, we have something to intrigue you.

Did you know that Bhutan is the land of highest Gross National Happiness? Wondering what it means? Well, opt for Bhutan Tours and know it.

The Buddhist philosophy and its cultural heritage in Bhutan make it one of the most spiritual destinations in the world. Bhutan’s meditation retreats definitely add the spark to your spiritual acumen, bringing you closer to your real self.

Bhutan Tourism flaunts few of the highest unclimbed mountains, such as Jitchu Drake and Mount Jhomolhari. These mountains are known for being the abode of healing spirits.

Museums and Monuments make Bhutan Travel a must do. Bhutanese history has been flawlessly preserved in these architectural marvels, often surprising you with their network of museum-within-a-museum layout.

Famous for being one of the best adventurous destinations in the world, Bhutan offers you mountain trekking tours, across snow-laden paths and mountain passes. Witness the untouched pristine natural beauty with these rare expeditions.

Do not miss to taste the ‘hot cuisine’ of Bhutan, where chilli is used as a vegetable rather than a mere seasoning. Ema-datshi, the national dish is delicious mix of cheese and stew, served with rice.


Following are the main tourist attractions in Bhutan

Revered as one of the most religious destinations in Bhutan, Taktshang houses the most important Buddhist destinations in the country. Perched on a high vertical cliff, it was built in 1692.

Legend has it that Guru Rinpoche flew to this site, seated on a tigress, to subdue an audacious demon. Then he meditated here for three months, purifying the site from evil spirits.

Overlooking the Paro Valley, it is also an interesting hotspot for adventure lovers.

Lauded as one of the largest Dzong forts in Bhutan, it reveals the majestic beauty of typical Bhutanese architecture. Dzong are basically ancient forts, which today are used as administrative centres.

Various colours and ornaments embellish the interior and exterior decoration of Trongsa Dzong. Known for being built without a single nail, it is definitely an architectural masterpiece.

Overlooking the gorge of Mangde River, it was built in 1543. It was enlarged several times during the 18th century.

An important Himalayan Buddhist temple, it is one of the oldest ones in Bhutan. Tibetan Emperor Songts?n Gampo had originally built it in the 7th century.

Several spiritual treasures are concealed within this sacred temple. The two orange trees within the compound are known for bearing fruits throughout the year.

Mystically resembling Switzerland, it is characterized by plots of barley and wheat, with the irrigation channels enlightening the valley floors. Dense jungles alternating with tea plantations are visible in its southern side.

The adventure enthusiasts can get a chance to spot tigers and elephants. It is also a trekking destination, where several mountain treks originate. Few of the famous ones are Snowman, Jhomolhari and Laya-Gasa treks.

The best souvenirs to buy when on a Bhutan Tour include monastic trumpets, horse saddles, carpets, bamboo boxes and metal ewers. Ready-made Bhutanese garments and handmade textiles are another favourite. Simply do not miss picking up little archery souvenirs from Bhutan archery shops, typical to the country’s culture. Mandala motifs and prayer flags are also spiritual souvenirs to purchase.

The annual religious festival in Bhutan is called as Tshechu. It is celebrated in the major monasteries and Dzongs. Cultural processions and mask dances add to its beauty. The other important festivals include Punakha (February), Paro (March) and Thimphu (October).

Bhutan is a yearlong destination. The best time to visit is definitely from October to December for sublime climate and clear skies.

The Bhutanese national carrier Druk Air flies directly from Kathmandu, Bangkok and Dhaka to Paro. It also connects Paro with Delhi, Kolkata and Bodh Gaya. Normally, tourists reach Delhi, Kathmandu or Bangkok to further reach Bhutan. Adventure mongers can get on a road trip to south-western town of Phuntsholing via India.

So, if you are looking for your next escape, Bhutan should top your list. Delve into Bhutan Tours for a completely different feel and ambiance, creating larger than life memories for your rendezvous with spiritualism and nature. 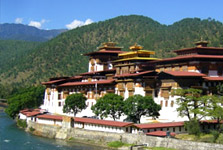