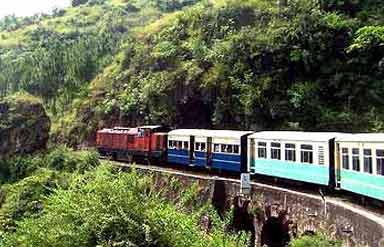 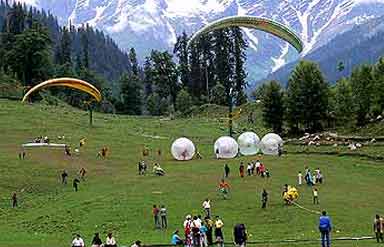 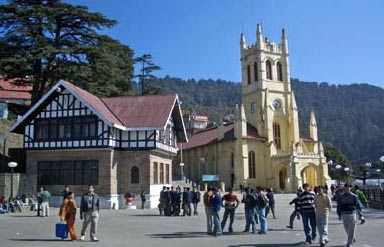 Affectionately dubbed as the 'Queen of Hill stations', Shimla is an incredible destination. Tourists from all over the world flock to this land to get enchanted by its attractions such as snow-capped peaks, cascading waterfalls, mesmerizing lakes, beautiful valleys, juicy apples and salubrious climate. The presence of massive colonial bungalows in Shimla speak volumes about the history of this place. It was the Summer Capital of India during the British rule. It is also the capital city of one of the most enchanting states of India, Himachal Pradesh. Shimla Tourism takes one to a clean and beautiful city that is thronged by tourists between March-June and September-November. This destination is also popular among honeymooners who come here from far and wide.

Book from a range of Shimla Tour Packages and visit the fascinating attractions that will make your holidays memorable and pleasurable. Its natural beauty and pleasant climate never fails to rejuvenate tourists. Leave behind the hustle bustle of day to day life and spend some quality time in the lap of Mother Nature in Shimla. You will surely remember the experience for long.

An arresting place in Shimla, to savour breathtaking views of the mountains. This road is also famous for the Neo-Gothic Christ Church which is one of the most beautiful churches in India. Stop here for sometime to witness Jesus Christ?s life and crucifixion in the glass paintings inside. Another place to watch here is Tudor Library. The entire area is a hub of cultural activities as well as famous for its shopping centers.

A famous and popular shopping place of Shimla; the Mall has numerous shops and restaurants for a perfect hangout. While here, you can buy a variety of colourful and fine handicrafts that are synonymous to Shimla. Lakkar bazaar located here is the best place if you wish to buy wooden objects.

A UNESCO World Heritage Site, the 2 ft 6 in (762 mm) narrow-gauge railway passes by the mountainous route from Kalka to Shimla. It covers the dramatic hills and surrounding quaint villages. This railway was built between 1898 and 1903, under supervision of Herbert Septimus Harington. This was to build a connection between Shimla with rest of the country.

Highest peak of Shimla at an altitude of 8000 ft, the hill houses Hanuman Temple where monkeys are found in great numbers. But monkeys here don't harm anyone and their sole purpose is to get some food from the visitors. This hill offers a mesmerizing view of the city.

This museum, since 1974 stands as a centre of cultural and historical diversity of Shimla. Various galleries here exhibit coins, paintings, wooden carvings, photos, sculptures, that have been collected over a long period of time. The building looks like a unique Victorian era mansion which is worth photography.

Also known as the Rashtrapati Niwas, the architectural marvel on the Observatory hills used to be the home of British Viceroy, Lord Dufferein. After India gained its independence, Viceregal Lodge served as the summer retreat of the President of India.

Built in 1857, St. Mary?s Church is the second oldest church in North India after St John?s Church in Meerut. It was created in Elizabethan style, and has a good collection of books and ancient scriptures. St Michael?s Cathedral, built in French-Gothic architecture, since 1866 has been a place of worship for British Roman catholic community. One of the most beautiful churches in India, it has the statue of Lady Guadalupe, a form of Virgin Mary.

Choose from a wide range of adventure sports that have been an attraction for sports lovers. One try out trekking, rafting, rock climbing and golfing among many other options. Para-gliding, heli-skiing and fishing can also be considered.

The bustling bazaars of Shimla are a heaven for shopaholics. They are full of handicrafts, wood and metal objects, shawls, pullovers, local tweeds, caps, Tibetan carpets, pickles, jams and squashes. Some of the best shopping places are Lakkar Bazaar, Lower Bazaar, The Mall, Himachal Emporium and Tibetan Market.

Summer Season May to July is the time when people go to Shimla as an escape from the scorching heat. Climate here is pleasant during this time and perfect for outdoor adventures. Snowfall season between December and February invite snow lovers from all over the country. This is a great time to indulge in some snow adventure.

How to Reach Shimla

By Air: Jubbarhatti or Shimla airport (23 km) is the nearest from the city. It has regular flights from New Delhi and Chandigarh.