Foothills of Himalayas with Golden Temple

HomeFoothills of Himalayas with Golden Temple 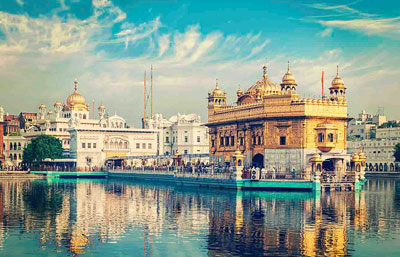 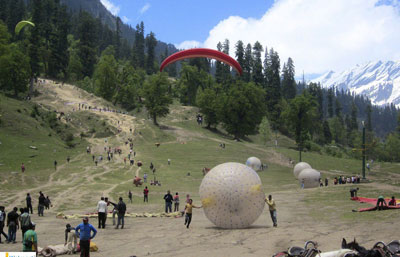 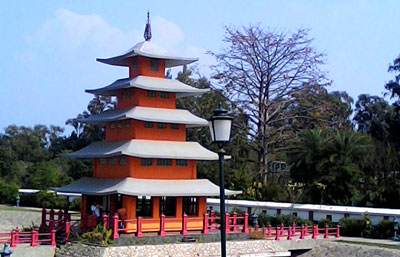 Delhi is a bustling metropolis, which successfully combines in its folds the ancient with modern. Its strategic location was the prime reasons why successive dynasties chose it as their seat of power. In fact, more mythological cities are believed to be here, like the city of Indraprastha from the Hindu epic Mahabharata, founded around 5000 BC. Numerous monuments were built over several centuries by different rulers like Qutub-ud-din Aibek, Alauddin Khilji, Tughlaks, Humayun & Shah Jahan, who built the Walled City Shah Jahanabad. Later in first half of 20th century much of New Delhi was planned by Sir Edwin Lutyens, who laid out a grandiose central administrative area as a testament to British rule in India. The division in walled city & New Delhi also marks the division in life styles.
Overnight hotel – Delhi (B).

Today we take a guided tour of Old Delhi, the 17th century walled city of Shah Jahanabad, Visiting the great Jama Masjid, the principal mosque of Old Delhi. Built in the year 1656 AD by the Mughal Emperor Shah Jahan, it is the largest & best known mosque in India. Later we walk down or take a rickshaw ride through Chandni Chowk, the old marketplace of Shah Jahanabad now a picturesque bazaar to reach Red Fort, built in the year 1648 by Shah Jehan.

In New Delhi, we visit Raj Ghat, memorial to the Father of the Nation, Mahatma Gandhi. It is a simple black marble platform that marks the spot of his cremation on 31 January 1948. Further we drive past India Gate, memorial built in the year 1931 to commemorate the Indian soldiers who died in the World War I & the Afghan Wars. The names of the soldiers who died in these wars are inscribed on the walls. Then we visit the President's House, official residence of the President of India, built in the year 1931. Until 1950 it was known as Viceroy's House & served as the residence of the Governor-General of British India . We will also visit Humayun's Tomb, memorial of Mughal Emperor Humayun, built in the year 1562. The complex is a World Heritage Site & the first example of this type of Mughal architecture in India. We also visit Qutub Minar, built in the year 1206 by Qutub-ud-din Aibek. It is the tallest (72m) brick minaret in the world, an important example of Indo-Islamic Architecture. Qutub Minar & its monuments are listed as a UNESCO World Heritage Site.
Overnight Hotel - Delhi (B)

Today morning on-time transfer to Delhi Railway Station to board the morning Shatabdi Train to Amrit-Sarovar - the Pool of Nectar of Immortality - believed by millions of Sikhs. This city takes its name from Sikhism's holiest shrine, the Harmandir Sahib, also called the Golden Temple or Darbar Sahib. Situated in northwest India, Amritsar partially shares the northwest border lands between India and Pakistan at Wagah, a half hour drive from town. It is about 30-odd miles east of Lahore, the ancient capital of Maharaja Ranjit Singh of Punjab in undivided India. Amritsar was established in 1577 as a small settlement (on a piece of land granted by the Mughal Emperor Akbar) by Guru Ram Das, the fourth guru of Sikhism.
On arrival at Amritsar, you will be transferred to your hotel for check-in.

Excursion to Wagah Border.
Relax for a while. Later proceed to Wagah Border to attend the evening spectacular ceremony. Wagah Border, the borderlands of India and Pakistan are marked by cultivated fields. Only the barbed wire fence breaks this pastoral scene reminding you of the political significance of this place. At Wagah you can recharge your patriotic feelings with rousing hurrahs for India during the elaborate ceremonial change of guard held on both sides of the border, at sunset everyday.
Overnight Hotel - Amritsar (B)

Today morning we proceed for the sightseeing of Holy City - Amritsar. We will visit Golden Temple or Darbar Sahib, the most sacred temple for Sikhs. It is a symbol of the magnificence and strength of the Sikh people all over the world. The evolution of Darbar Sahib is entwined in the history and ideology of Sikhism. In its architecture are included, symbols associated with other places of worship.

Sri Harmandir Sahib, also known as Sri Darbar Sahib or Golden Temple, (on account of its scenic beauty and golden coating for English speaking world), is named after Hari (God) the temple of God. The Sikhs all over the world, daily wish to pay visit to Sri Amritsar and to pay obeisance at Sri Harmandir Sahib in their Ardas.
Jallianwala Bagh is the spot of the black incident where 379 people were ruthlessly killed and about 1,200 injured by General Dyer's troops during the British Raj in India. The Martyrs' Gallery is a poignant reminder of this heinous crime during the British Raj. The entry to this old garden complex is a narrow passage with a single entry-exit point.
Later we drive down to Meacleodganj.
Overnight Hotel - Mecleodganj (B)

Mecleodganj is also called 'Little Lhasa' as it is the base of Tibetan Refugees and their leader Dalai Lama. It is situated in Dhalaudhar Range of Himalayas at average elevation of about 2000 m.

Explore the little town visiting Tibetan Library, Palace of Exiled Dalai Lama, Monastery and bazaar. In the evening one can walk around the woods.
Overnight Hotel - Mecleodganj (B)

Today after breakfast we will drive to Manali, Once called the "end of the habitable world," Manali is an important hill station of northern India and is the destination of thousands of tourists every year. Its cool atmosphere provides a perfect haven for the ones afflicted by the hot Indian summers. Besides offering quite a few places for sightseeing, Manali is also famous for adventure sports like skiing, hiking, mountaineering, paragliding, rafting, trekking, kayaking, and mountain biking. In brief, Manali-the veritable "valley of the Gods"-is an ideal place for the ones in search of both adventure and comfort. The Kulluis in brightly patterned puttoos, Tibetan women wearing ankle-length rainbow-striped pinafores, Nepali porters, Buddhist monks, and even the odd party of Zanskaris, swathed in feisty woollen gonchas, muddled together with souvenir-hunting Indian and Western tourists-all add up to the welcoming hubbub of Manali.

En route we visit Kullu, The Kullu valley has also been the valley of Gods in India. Kullu, the town is one of the most preferred summer destinations. The sun-scorched souls of the plains take refuge in the Kullu Valley of Himachal Pradesh. The temples, apple orchards and the Dussehra festivals are what have attracted thousands of tourists time and again to Kullu. The local handicrafts top the list of must buys from Kullu. Check out the hill resort of Kullu with the majestic mountains and the beautiful Beas River.
Overnight Hotel- Manali (B).

Today we explore Manali town, visit Hadimba Temple, Sulphur Springs and a Buddhist Monastery. Later take an excursion to Naggar to visit the Roerich Art gallery and the Palace.
Overnight Hotel – Manali (B)

After breakfast, day free at leisure or you can take an optional excursion to Rohtang Pass.
Rohtang Pass, at an altitude of 13,050 feet above sea level, is another adventure tourist site where it can be chilly even on summer day. You can also visit SolangValley enroute.
Overnight Hotel – Manali (B)

Today we drive through a scenic route to Shimla, which was the Summer capital of India under the British rule. Presently, it is the state capital of Himachal Pradesh, with a population of around 1.6 lacs. Shimla has seen many important historical events such as the famous Shimla Pact between India & Pakistan which was signed here. The place is also famous for its natural beauty, architectural buildings, wooden crafts and apples.
Overnight Hotel- Shimla (B).

Today we proceed for a sight seeing tour of Shimla, spilling over the steep slopes of a 12 km ridge, in the lower Himalayas. Shimla was the summer capital of erstwhile British India. Now the capital of the state of Himachal Pradesh, it evokes a sense of nostalgia with its pretty gabled cottages, half-timbered buildings and old churches. The Mall is agog with elegant shops and bustling cosmopolitan crowds. In the center of the city is the famous scandal point. The Ridge is a place where all tourist flock and spend time. While in Shimla, one can tour Viceregal Lodge - the imposing six-storey edifice, which is today the institute for advanced studies, Jakhu hill - the highest point of Shimla with a famous temple dedicated to Lord Hanuman. St. Micheal's Cathedral on the Ridge, is regarded as the second oldest church in north India and is known for its fine stained glass windows. Overnight Hotel - Shimla (B)

Day at leisure to relax and enjoy the natual beauty of Himalayas.
Optional: You can take an excursion to Naldera – Highest Golf Course, Masobra – Countryside with woods, Kufri - place for skiing and Chail - to see highest Cricket Ground and Chail Palace.
Overnight Hotel - Shimla (B)

Today morning drive down to Chandigarh. Chandigarh is India`s planned and modern city, designed by renowned French architect Edouard 'Le Corbusier' Jeanneret, who fashioned Chandigarh as a city of 'Sun, Space and Verdure'. We will do an orientation tour of the city. Though it does not have any old monuments, one can see famous Rock Garden and explore the planned city. Later we will transfer you to Chandigarh railway station to board your train to Delhi,

Upon arrival in Delhi our representative would meet and transfer you to the hotel.
Overnight Hotel – Delhi (B)