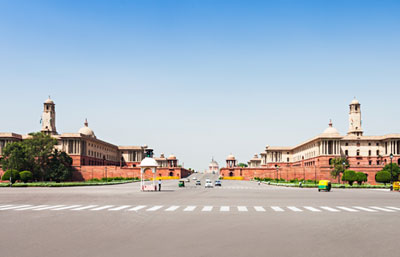 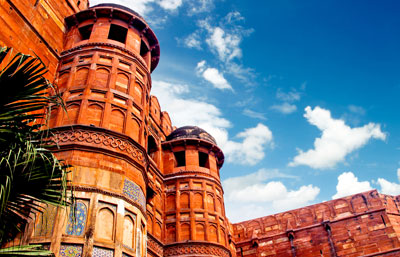 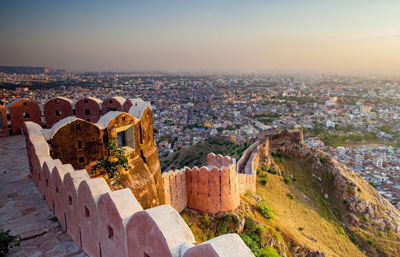 The most captivating potpourri of North India, offering the variety & flavor both in terms of time & value. Backed with splendor of culture, décor & history, it's also the most popular tourist circuit due to its accessibility. Delhi offers a wealth of sites including its medieval Mughal buildings, labyrinthine bazaars & Raj's immaculate new city, now the seat of government. Capital of the princely state of Rajasthan, Jaipur, boasts several enormous Forts & Palaces rich with history, pride, chivalry and bravery. Agra, the city of Taj Mahal, is on the banks of River Yamuna, where the Taj Mahal, the most beautiful monument, stands majestically by the banks of the river reciting the Eternal poetry of Love.

Today we take an excursion to Amber Fort, the palace complex which stands to this date was commenced under the reign of Raja Man Singh. We take an Elephant ride to reach the Fort situated on the hill, an overwhelming experience.

Half Day Tour
Today we visit Taj Mahal, symbol of eternal love, which stands on the banks of River Yamuna. It was built by the 5th Mughal Emperor, Shah Jahan in the year 1631 in memory of his wife, Mumtaz Mahal. It was completed in 22 years. Further we visit Agra Fort, taken over from the Lodhis by the Mughal Emperor Akbar in the late 16th century. The Fort can be more accurately described as a walled palatial city. It was built from red sandstone, often inlaid with white marble & intricate decorations. We will also visit Sikandara, Akbar's tomb. His son Jahangir completed the construction of the tomb in the year 1613.

En route Mathura & Vrindavan
Later we drive back to Delhi, en route visit Mathura & Vrindavan, places related with the birth & childhood of Lord Krishna. In Mathura we visit Shri Krishna Janmabhumi temple, a stone slab marks the original birth place of Krishna. In Vrindavan we visit Bankey Bihari Temple, built in the year 1864. Temple is famous for the black statue of Krishna, also called as Thakur Ji. ISKCON Temple, one of the most beautiful temples in Vrindavan. Temple is devoted to Krishna, his brother Balaram & Krishna's beloved Radha.