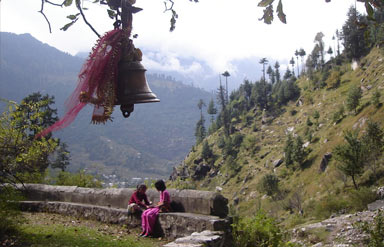 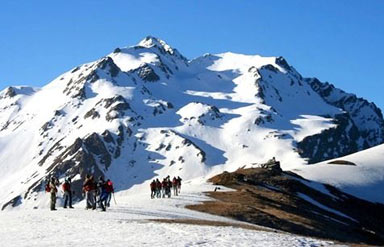 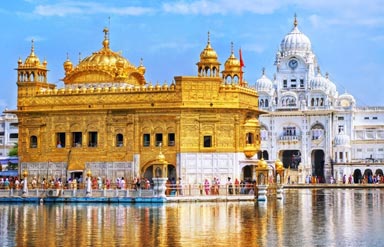 Arrive by International flight, after traditional 'Swagat' (Welcome) our representative would assist you at airport & transfer to hotel for check in. Delhi is a bustling metropolis, which successfully combines in its folds the ancient with modern. Its strategic location was the prime reasons why successive dynasties chose it as their seat of power. In fact, more mythological cities are believed to be here, like the city of Indraprastha from the Hindu epic Mahabharata, founded around 5000 BC. Numerous monuments were built over several centuries by different rulers like Qutub-ud-din Aibek, Alauddin Khilji, Tughlaks, Humayun & Shah Jahan, who built the Walled City Shah Jahanabad. Later in first half of 20th century much of New Delhi was planned by Sir Edwin Lutyens, who laid out a grandiose central administrative area as a testament to British rule in India. The division in walled city & New Delhi also marks the division in life styles. Day free for leisure activities on own.
Overnight stay in Delhi

Today morning transfer to railway station to board morning train to Kalka, Arrive Kalka, our representative will receive you & transfer to Shimla hotel.
Overnight Hotel- Shimla

After breakfast proceed sight seeing Shimla spilling over the steep slopes of a 12 km ridge, in the lower Himalayas, is Shimla (22 kms from Naldehra), the summer capital of erstwhile British India. Now the capital of the state of Himachal Pradesh, it evokes a sense of nostalgia with its pretty gabled cottages, half-timbered buildings and old churches. The Mall is agog with elegant shops and bustling, gay cosmopolitan crowds. In the center of the city is the famous scandal point. The Ridge is a place where all tourist flock and spend time. While in Shimla, one can tour ViceregalLodge - the imposing six-storey edifice, which is today the institute for advanced studies, Jakhu hill - the highest point of Shimla with a famous temple dedicated to Lord Hanuman. St. Micheal's Cathedral on the Ridge, is regarded as the second oldest church in north India and is known for its fine stained glass windows.
Overnight stay in Shimla

Today after breakfast we will drive to Manali, Once called the "end of the habitable world," Manali is an important hill station of northern India and is the destination of thousands of tourists every year. Its cool atmosphere provides a perfect haven for the ones afflicted by the hot Indian summers. Besides offering quite a few places for sightseeing, Manali is also famous for adventure sports like skiing, hiking, mountaineering, paragliding, rafting, trekking, kayaking, and mountain biking. In brief, Manali-the veritable "valley of the Gods"-is an ideal place for the ones in search of both adventure and comfort. The Kulluis in brightly patterned puttoos, Tibetan women wearing ankle-length rainbow-striped pinafores, Nepali porters, Buddhist monks, and even the odd party of Zanskaris, swathed in fusty woolen gonchas, muddled together with souvenir-hunting Indian and Western tourists-all add up to the welcoming hubbub of Manali.

Enroute visit Kullu, The Kullu valley has also been the valley of Gods in India. Kullu, the town is one of the most preferred summer destinations. The sun-scorched souls of the plains take refuge in the Kullu Valley of Himachal Pradesh. The temples, apple orchards and the Dussehra festivals are what have attracted thousands of tourists time and again to Kullu. The local handicrafts top the list of must buys from Kullu. Check out the hill resort of Kullu with the majestic mountains and the beautiful Beas River. By covering road Overnight at hotel.

Evening drive to Manali, on arrival, check-in to the Hotel.
Overnight stay in Manali

Morning breakfast proceed to manali Sight seeing Visiting Old Manali At a distance of 3 km northwest of Manali, famous for its orchards and old guesthouses. Vaishisht, around 3 km from Manali. Rohtang Pass, at an altitude of 13,050 feet above sea level, is another adventure tourist site where it can be chilly even on summer day. Solang Nullah, 13 km northwest of Manali, is famous for its 300-meter ski lift.
Overnight stay in Manali

After a delicious breakfast, proceed to Dharamshala, where His Holiness Dalai Lama lives in exile. On arrival check-in at the hotel. Spend the afternoon at leisure.
Overnight stay at the hotel.

After Morning breakfast proceed for a Amritsar. Evening is free for your own activities.
Overnight stay in? Amritsar (B)

After breakfast, proceed to visit the Golden Temple: Golden Temple, is the seat of the Shiromani Gurudwara Prabandhak Committee, the religious governing body of the Sikhs. The building of the Akal Takht was begun by Guru Arjan Dev and completed in 1609 by Guru Hargobind. Jallianwala Bagh has a special importance attached to it with respect to India's Freedom struggle. It was at this historic park that hundreds of men, women and children sacrificed their lives in front of the ruthless firing of the British forces. A memorial has been built at this place where hundreds of innocent lives were sacrificed. Evening we will visit Wagah Border closing 'lowering of the flags' ceremony. Evening return back to hotel.
Overnight stay in Amritsar (B)

Today early morning we will drop you at Amritsar raiway station to board the train for Delhi. On arrival transfer to Airport for onward journey.