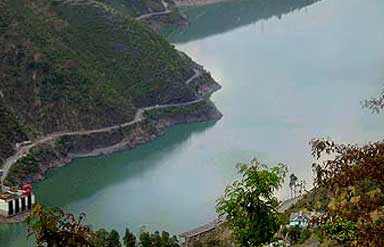 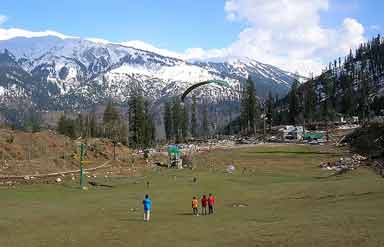 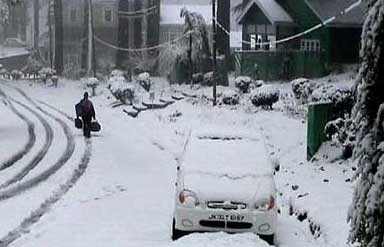 Himachal is a summer destination that can be visited in all seasons and for every reason. Whether a pilgrim, vacationer or adventure enthusiast, the state has something for everyone. Himachal or the abode of snow; is full of vibrancy, snow clad mountains, landscape and pilgrimage sites. Whether Shimla, Kullu or Manali; a Himachal Tour bringsforth the magnificence of nature in its own unique way. Book from a range of Himachal Tour Packages and spend an exhilarating vacation in the tourist?s paradise.

Day 01 Delhi
Arrive by International flight, after traditional 'Swagat' (Welcome) our representative would assist you at airport & transfer to hotel for check in. Delhi, the National Capital, has been a seat of many flourishing dynasties, who chose it as their capital. From Mahabharata?s Indraprastha to Mughal Emperor Shah Jahan, the city is full of monuments and worship places that have given it a unique identity. Designs of one of the greatest architects Sir Edwin Lutyens has given a British face to the administrative area of Delhi; that till date stands as the country?s seat of power.
Overnight Hotel – Delhi (B).

Full Day Tour
We begin with a guided tour of the 17th century walled city of Shah Jahanabad, known as Old Delhi. The great Jama Masjid, principal mosque of Old Delhi was built by Mughal Emperor Shah Jahan in the year 1656 AD. It is the largest & one of the most beautiful mosques in India. Further walk through the lanes of a rickshaw ride will take you through Chandni Chowk, the old marketplace of Shah Jahanabad. A picturesque bazaar, now, the lanes accompany till Red Fort, which was built by Shah Jahan in 1648.

Return to New Delhi, and visit Raj Ghat, the final resting place of Father of the Nation, Mahatma Gandhi. This black marble platform marks his cremation spot inscribed Hey Ram on its face. Drive past India Gate, the grand memorial gate built in 1931. Marvel at its beautiful architecture and look at the inscribed names of the martyred soldiers of World War I & the Afghan Wars. The names of the soldiers who died in these wars are inscribed on the walls. The official residence of President of India, Rashtrapati Bhawan, was built in 1931. Earlier residence of the Governor-General of British India, till date it is applauded for its spellbinding architecture. Next we go to Humayun's Tomb, a UNESCO World Heritage Site. It is the final resting place of Mughal Emperor Humayun built by his wife. Another UNESCO World Heritage Site Qutub Minar, was built in the year 1206 by Qutub-ud-din Aibek. It is one of the tallest (72m) brick minarets in the world, and a perfect example of Indo-Islamic Architecture.
Overnight Delhi (B)


Day 04 Shimla
After breakfast proceed sightseeing Shimla, the summer capital of erstwhile British India. Even today, it evokes nostalgia with its gabled cottages, timbered buildings and age-old churches. The Mall area is full of elegant shops and bustling with shopaholics. In the center of the city is Scandal Point. Tourists love to flock and spend time in The Ridge area. While in Shimla, no one can afford to miss a tour to the Viceregal Lodge, which is an imposing six-storey edifice. Jakhu hill - the highest point of Shimla, is home to the famous temple of Lord Hanuman. This day tour ends with St. Michael?s Cathedral on the Ridge, which is the second oldest church in North India.
Overnight Hotel- Shimla


Day 05 Shimla- Kullu- Manali (260 Kms. /07 Hrs.)
After an early breakfast we drive towards Manali. Once called the "end of the habitable world," Manali is a famous and popular hill station that attracts thousands of tourists every year. Its cool atmosphere is a relief from the scorching Indian summers. Besides a few sightseeing places, Manali is a heaven for adventure lovers paradise. One can choose from sports like skiing, hiking, mountaineering, paragliding, rafting, trekking, kayaking, and mountain biking. Enroute, we visit Kullu, which, just like Manali is a popular place for vacation. It has brightly patterned puttoos, Tibetan women, Nepali porters, Buddhist monks, and odd parties of the Zanskaris, swathed in fusty woolen gonchas. The temples, apple orchards and the Dussehra Festival attract thousands of tourists time and again to Kullu. After sightseeing, we can spend some time in the markets to buy the local handicrafts. The hill resort of Kullu amid the majestic mountains and Beas River is truly a paradise on earth.

Evening drive to Manali, on arrival, check-in to the Hotel.
Overnight Hotel- Manali.

Day 06 Manali
Morning breakfast proceed to Manali for sightseeing. We visit Old Manali, 3 km northwest of Manali, is famous for its orchards and old guesthouses. Vaishisht, around 3 km from Manali and Rohtang Pass, at an altitude of 13,050 feet above sea level, is where we will stop for sometime. Another adventure site is Solang Nullah, which is 13 km northwest of Manali. It is famous for its 300-meter ski lift.
Overnight Hotel- Manali


Day 08 Chandigarh - Delhi
Today morning we will transfer you to Chandigarh railway station to board train to Delhi, arrive Delhi our representative will receive you & transfer to hotel.
Overnight Delhi (B)


Day 09 Departure Delhi
In time transfer to International airport to board flight for onward Journey.

Cost does not includes: