The Treasures of India and Nepal

HomeThe Treasures of India and Nepal 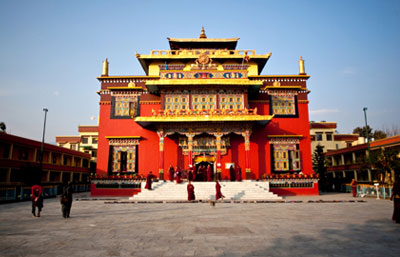 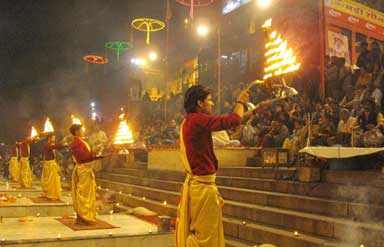 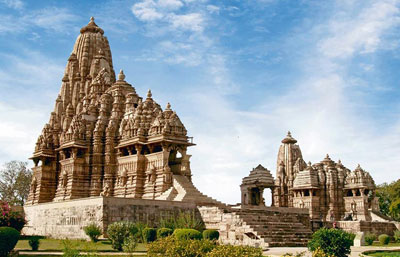 Later in first half of 20th century much of New Delhi was planned by Sir Edwin Lutyens, who laid out a grandiose central administrative area as a testament to British rule in India. The division in walled city & New Delhi also marks the division in life styles.
Overnight Hotel – Delhi (B)

In New Delhi, we visit Raj Ghat, memorial to the Father of the Nation, Mahatma Gandhi. It is a simple black marble platform that marks the spot of his cremation on 31 January 1948. Further we drive past India Gate, memorial built in the year 1931 to commemorate the Indian soldiers who died in the World War I & the Afghan Wars. The names of the soldiers who died in these wars are inscribed on the walls. Then we visit President's House, the official residence of the President of India, built in the year 1931. Until 1950 it was known as Viceroy's House & served as the residence of the Governor-General of British India. We will also visit Humayun's Tomb, memorial of Mughal Emperor Humayun, built in the year 1562. The complex is a World Heritage Site & the first example of this type of Mughal architecture in India. We also visit Qutub Minar, built in the year 1206 by Qutub-ud-din Aibek. It is the tallest (72m) brick minaret in the world, an important example of Indo-Islamic Architecture. Qutub Minar & its monuments are listed as a UNESCO World Heritage Site.

Today we take an excursion to Amber Fort, the palace complex which stands to this date was commenced under the reign of Raja Man Singh. We take an Elephant ride (subject to availability) to reach the Fort situated on the hill, an overwhelming experience.

Later we visit the City Palace , a perfect blend of Rajasthani & Mughal architecture. The center of the palace is a seven-storied building called Chandra Palace, with fine views over the gardens & the city. Further we visit Jantar Mantar (Solar Observatory), an astronomical treasure house, with solar devices that give accurate predictions till date. We also visit Hawa Mahal (Palace of Winds), a five-storied structure of pink sandstone. It was built in the year 1799 so that veiled royal women could peer down the busy street market unseen by the world through its 593 stone Jharokas (mini windows).

Today we visit Taj Mahal (closed on Fridays), symbol of eternal love, which stands on the banks of River Yamuna. It was built by the 5th Mughal Emperor, Shah Jahan in the year 1631 in memory of his wife, Mumtaz Mahal. It was completed in 22 years. Further we visit Agra Fort, taken over from the Lodhis by the Mughal Emperor Akbar in the late 16th century. The Fort can be more accurately described as a walled palatial city. It was built from red sandstone, often inlaid with white marble & intricate decorations. We will also visit Sikandara, Akbar's tomb. His son Jahangir completed the construction of the tomb in the year 1613.

Today we take Shatabdi Express train to Gwalior. We will see the regal charm of Jai Vilas Palace of Schindias and the awe-inspiring Gwalior Fort.

From Gwalior we drive down to Orchha en route we visit Sonagiri to see White Jain temples. The ornate interiors and the magnificent idols of the temples make the place a mosaic of beauty and serenity.

Orchha, located at a distance of 16 km from Jhansi, has a medieval town atmosphere attached to it. The Betwa River quietly flows by the town. The 16th century palaces & temples built by its Bundela rulers appear to be suspended in time.

We will visit Orchha Fort complex. Within the Fort complex we visit Jahangir Mahal, built by Raja Bir Singh Ju Deo in the 17th century to commemorate the visit of Emperor Jehangir to Orchha. Raj Mahal, built in the 17th century by Madhukar Shah, the deeply religious predecessor of Bir Singh Ju Deo. We also visit Ram Raja temple, palace-turned-temple with soaring spires & palatial architecture. Built by King Madhukar Shah it is one of the most unusual temples in India & the only place where Lord Rama is worshipped as a King not as a deity.

Today we visit Khajuraho temples, famous for the magnificent carvings depicting numerous exotic postures of the famous Kamasutra, ancient Indian work on sex. Only 22 temples survive of the 85 originally built. In fact, worship is still done today in the Matangeshwara temple, continuing an unbroken 1000 year tradition.

Later we take a flight to Varanasi , picturesquely situated on the banks of holy river Ganga. The city is the Oldest Living City of the World & traces of its existence are found around 10000 BC. Other than being a very holy city for Hindus, it also holds a very significant association with Buddha's life & Buddhism.

In the evening we visit the Ganges to see the spectacular 'Aarti'.

Today we start our day with a boat ride on the river Ganges. Rise before dawn & step gingerly in the boat as the boatman starts rowing the boat. Witness the daily miracle to unfold, as the Sun appears triumphantly over the horizon. The sound of conches & temple bells add to the delicate pink fabric of dawn. The formerly hushed murmuring of ancient Sanskrit Shlokas (hymns) now rise, in one voice, to a crescendo of unparalleled piety & joy. Later we explore the city by foot to get the feel of the world's oldest living city.

Later today we take an excursion to Sarnath, the site of the deer park where Gautama Buddha is said to have given his first sermon about the basic principles of Buddhism. It has been a premier centre for Buddhism & has a rich collection of ancient Buddhist relics & antiques comprising numerous Buddha & Bodhisattva images on display at the Archaeological Museum.

Today we will transfer you to Varanasi airport to board flight for Kathmandu - Capital of Nepal, situated on the southern slopes of the mighty Himalayas. On arrival we assist you to check in at our Hotel for overnight stay.

Known as Kantipur, the capital of the Kingdom of Nepal. Here we visit Temple of the Living Goddess and World's largest Shiva Temple, Pashupatinath. Kashtamandap - the source of the name Kathmandu and supposed to be made from the timber of a single tree and the Durbar Square are with its array of temples overlooked by the Hanuman Dhoka Palace, the ancient place of the Nepalese Royalty.

Located approximately 4 Km away, this Buddhist Stupa is said to be 2000 years old. The Stupa which forms the main structure is composed of a solid hemisphere of brick & earth supporting a lofty conical spire capped by a pinnacle of copper gilt. Painted on the 4-sided base of the spire are the eyes of Lord Buddha. This hill is a mosaic of small Chaityas and Pagoda temples.

5 Km away from Kathmandu City. Patan also known as Lalitpur, is the city of fine arts, enclosed within 4 stupas said to be built in 3rd century AD, by Emperor Ashoka. You will see the Durbar square; the Krishna Temple built by King Siddhi Narsingh Malla, Hiranya Varna Mahavihar and MahabouddhaTemple. A trip to The Tibetan Refugee Camp and the Handicraft Center will also be done while visiting Patan, where you will witness the hand weaving of Tibetan carpets and moulding of metal statues.

Morning drive to Pokhara, known as the valley city of Nepal, located 200 kms from Kathmandu. It's a blend of rich farmlands, forested hills and half a dozen lakes (famous Phewa Tal Lake). On arrival we assist you to check in at our Hotel followed by a leisurely evening and overnight stay.

Post breakfast half day sightseeing of Pokhara valley, the 124 square km spectacle at an average altitude of 900m. It's cut by the Seti Gandaki river, one of the seven Gandaki Rivers that bisects the central hills. The excellent soils make the valley a verdant nursery with the widest assortment of flowers. From here one can view Annapurna, Dhaulagiri and Machhapuchhare peaks. For everyone, Pokhara is a wonderful relaxing place.

Today we drive down to Nagarkot, a popular hill station situated east of Kathmandu at an altitude of 2175 m. above sea level. The panorama of the major peaks of eastern Nepal Himalayas including Mt. Everest can be seen from here, the best point for sunrise view. On arrival we assist you to check in at our Hotel for overnight stay.

After breakfast drive back to Kathmandu Airport visiting Bhadgaon enroute.

Also known as Bhaktpur meaning the city of devotees, this place is the home of medieval art and architecture. Lying 14 Km of Kathmandu City, this place was founded in the 9th century and is shaped like a conch shell. The city is at the height of 4,600 ft. above sea level. In Bhadgaon you will visit the Durbar Square with its array of temples overlooked by the Palace of 55 Windows built by King Bhupatindra Malla. Here you will also visit the Taleju Temple which is the best example of Pagoda style structure in Nepal and stands on five terraces on each of which stands a pair of figures, two strong men, two elephants, two lions, two griffins and two goddesses.
Upon arrival in Delhi, board international flight for onward destination.