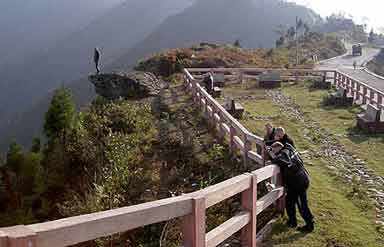 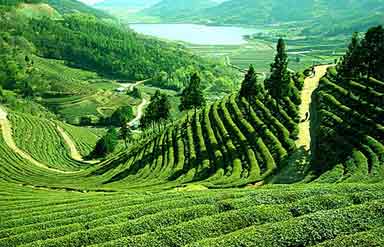 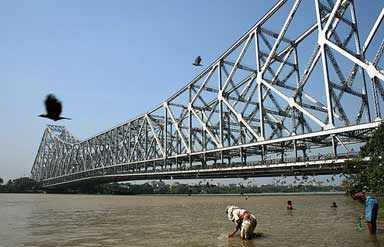 Today we go for a city tour of Kolkata. In this "City of Joy" we visit the Jain Temple, Zoological Gardens, Victoria Memorial & drive past Howrah Bridge, Dalhousie Square, Fort Williams, Secretariat Building and Old Court House Street. We also visit Mother Teresa's Missionaries of Charity which is an interesting experience.

Breakfast at hotel. Morning transfer to the airport to board flight for Bagdogra. Upon arrival our representative would meet & assist you at the Airport. Later proceed to Darjeeling. The 100 km distance will be covered in approximately 03 hrs. On arrival we assist you to check in at our Hotel.

Located at an altitude of 7000 ft., Darjeeling, one of the most reputed hill stations in the Indian Subcontinent, is nestled in the towering snow-capped mountain ranges, dominated by the almighty Kanchenjunga (Alt. 8598m).

Early morning we visit Tiger Hill (Alt 8500m) to view the sunrise. Then we return to our hotel en route visiting the Ghoom Monastery, the most famous one of the region, built in 1875. Next is a Toy Train ride from Ghoom to Darjeeling. After breakfast visit to the Himalayan Mountaineering Institute, the Tibetan Refugee Camp & Market. Lunch is suggested at the hotel. Afternoon visit to Museum, Botanical Garden and Tea Gardens within 20 km.

After breakfast we drive to Gangtok, the capital of Sikkim, located on a ridge overlooking the Ranipul River. Its name implies 'High Hill' and the place is ever so famous for snow clad Himalayas, Rhododendron flowers, Orchids & rare Butterfly species, the Red Panda, traditional ethnic culture and a distinctive cuisine. On arrival we assist you to check in at our Hotel. Later in the evening we visit Enchey Monastery, built in 1909, and home to about 100 Nyingmapa monks.

This morning we drive 24 km to the Rumtek Monastery, the seat of the Gyalwa Karmapa, the head of Kagyupa order of Tibetan Buddhism. Afternoon tour includes Namgyal Institute of Tibetology, which promotes research of the language and traditions of Tibet and contains one of the world's largest collection of books & rare manuscripts on Mahayana Buddhism. Followed by visit to Do-Drul Chorten, one of the most important reliquary stupas in Sikkim.

After breakfast we drive to Kalimpong, a resort town for the Monasteries. On arrival we visit the Thongsa Monastery (Bhutanese monastery) founded in 1692 & the Tharpa Choling, the Yellow Hat (Gelugpa Order) Tibetan monastery, built in 1837 at Tirpai. Later we drive on to Siliguri, major trade centre and gateway for Darjeeling, Kalimpong, Sikkim, the North-East India, Eastern Nepal and Bhutan. Upon arrival check in at hotel.

Today we drive down to Bagdogra to board flight for Delhi. On arrival you are met by our representative and transferred to the hotel.

Today we take a guided tour of Old Delhi, the 17th century walled city of Shah Jahanabad, visiting the great Jama Masjid, the principal mosque of Old Delhi. Built in the year 1656 AD by the Mughal Emperor Shah Jahan, it is the largest & best known mosque in India. Later we walk down or take a rickshaw ride through Chandi Chowk, the old marketplace of Shah Jahanabad now a picturesque bazaar to reach Red Fort, built in the year 1648 by Shah Jehan.

Post breakfast departure for Agra , the erstwhile capital of India under the great Mughals and home to Taj Mahal. Agra has always fascinated the Indians as well as foreigners alike. Most of Agra is on the West bank of river Yamuna, with the Agra Fort and the Taj at its nucleus. Taj Mahal is quite simply one of mankind's most remarkable creations. Upon arrival at Agra, our representative will meet and assist you to check in at our hotel.

Later in the afternoon, a visit to Taj Mahal and Agra Fort. Evening at leisure.

Today we drive back to Delhi Airport to board the flight for onward journey.

Our tour concludes: Caper thanks you for your patronage and looks forward to serving you again in the near future.