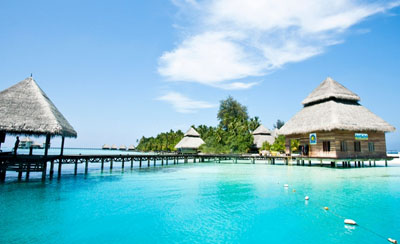 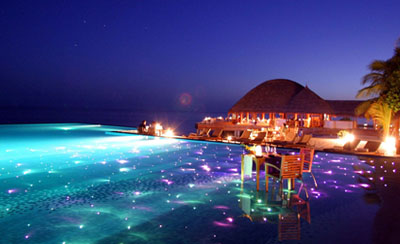 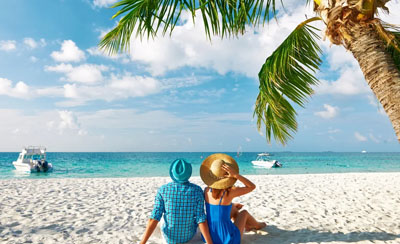 Colourful ecosystems and coral reefs are the main attractions of Maldives Tourism. For innumerable years, the islands have been a welcome sight for several sailors and mariners, as it is positioned along ancient sea-lanes and trade routes. This amazing island paradise is known for staggering beauty and spell binding tranquility.


Its local culture is an exotic mixture of South Indian, Arab and Sinhalese cultural influences. Exclusive gourmet meals and casual dining options make it irresistible. 90 of the 200 inhabited islands are dedicated to luxurious resorts, offering the best of secluded decadence.

In fact, all the wonders of Maldives cannot be grasped in the first glance. After all, every resort offers personal reef convenient for adventurous activities like snorkeling and diving.


Following are the main tourist attractions in Maldives 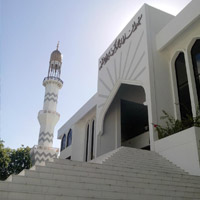 Located in the capital Mal?, this Friday Mosque, also called as Mal? Hukuru Miskiy, is one of the main mosques in Maldives. Constructed in 1658, its coral stone architecture is its prominent signature style.

The 17th century coral stone cemetery encircles the mosque, also including a majestic minaret. Traditional Maldivian art, in the form of lacquer ware and wood carving add to the beauty of its construction.

Closely entwined with the cultural heritage of Maldives, it was established on November 11, 1952 and inaugurated by the Prime Minister Mohamed Amin Didi.

The enormous cultural history of the country is preserved here in the form of innumerable historical artifacts, ranging from royal antiquities and stone objects dating back to the Buddhist era.

Handwritten inscriptions from Quran embellish the interior of the museum. There are several artifacts from the pre-Islamic era in Maldives, including coins, ornaments, costumes and furniture articles.

Situated in the north of Mal?, this reclaimed island is artificially designed. It includes several tourist attractions such as condominium housing units, beach resorts and indigenous cultivation projects.

It is counted as one of the most ambitious urban development plans of the government. Currently, it serves as an indelible catalyst in the broad based investments related to recreation, tourism, health, commerce and fisheries.

Housing the official residence of the President of Maldives, it is situated in the heart of Mal?. Its construction began in 1914 and ended in 1919. Its dynamic architecture reveals the traditional architecture in Maldives during the colonial era.

Spectacular and grand in appearance, it has been the abode of four Maldivian presidents till date. 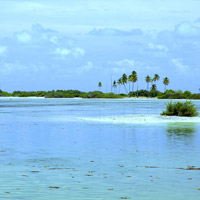 Known as the second largest island in Maldives, it is characterized by leaning houses, dense vegetation and rustic roads.

This destination is a backpacker’s paradise and ideal for independent travelers. The beautiful beaches add to its spark, along with the nostalgic remnants of the colonial times.

This architectural marvel is known for the grand Friday Mosque situated at its centre and being one of the largest mosques in South Asia.

It includes Islamic library and acts as a centre for ceremonial and official meetings. The Ministry of Islamic-Affairs had established it in 2008.

The magnificent golden dome of the mosque makes it an enticing tourist attraction in Maldives. Evident from the skyline of Male, it is quite photogenic to capture especially during the ethereal sunrise and sunset.

The Mal? local market is the best place to buy indigenous Maldivian souvenirs. Few of the prime shopping attractions include miniature mats, boats, slippers and brooms made of coconut and palm leaves. Do not miss to sip in the local coconut milk here.

Other items to pick up include lacquer ware articles, flower vases decorated with sea shells. Bracelets, lamps and artistic lights can be bought from the mobile markets in Maldives. 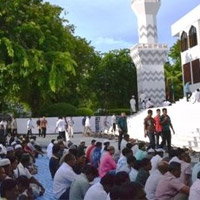 The main cultural festivals of Maldives are Ramadan, following in the 9th month of the Muslim calendar along with Eid-ul Al’h’aa, the longest Islamic holiday in the entire year, teeming with celebrations and feastings.

Parades and marches are the main attraction of the Republic Day of Maldives, celebrated on November 11th. The Independence Day is celebrated with a lot of patriotic fervor on July 26th.

December to April is the main tourist season in Maldives, the sun-kissed tropical destination of the world. Though, one can also find the best resort deals during the off season of May to August.

So, you don’t have to be a Robinson Crusoe to explore your own secluded beach destination. All you have to do is to gear on for Maldives Tourism and let it enthrall you in a captivating manner. 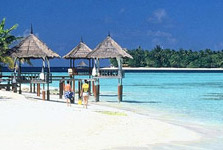