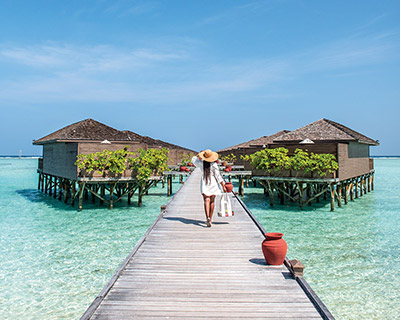 Their name derived from the word "Maladiv", given by the first Indian merchants and colloqually means "Garland of Islands" in Sanskrit.

Now-a-days, and since the initiation of tourism in Maldives (70's), travelers have also beautifully coined them the "Indian Ocean Pearls".

The Maldives is an archipelago of 1,192 coral islands classified into 26 natural coralline atolls in the Indian ocean. Coral islands measure not more than 1.8 meters above mean sea level. The Maldives are one of the most geographically dispersed as well as the smallest country in Asia Continent.

With Over a 5.31 lakhs population of this small country, only 200 islands are inhabited. The Maldives, located on top of a vast underwater mountain range have around 1190 islands and sandbanks. The pearl string like islands covers a land area of no less than 298 km2.  All the islands are encircled by a lagoon blessed with crystal clear water.

Maldivian refer to their country as "Dhivehi Raajje" which means in Dhivehi, "The Island Kingdom". With its white sandy beaches and turquoise crystal blue sea and the scenic palm-fringed surrounding everywhere, the Maldives are portrayed by many as a tropical paradise.

These islands are protected by a reef structures, housing one of the most exclusive and spectacular under-water life.

The Maldives were inhabited as early as 1500 BC, but much of the country’s origin is lost in tome due to lack of surviving written records. Large ruins and other archaeological vestiges were found on islands which shows that the people of antiquity had certainly stumbled upon the country during their first travels. It is believed that immigrants by Aryan from Indian landmass permanently settled in around five hundred B.C. Numerous traditions, customary practices, and superstitious beliefs still prevail country likewise validate the impact of the early Dravidian culture of the Maldives. It is acknowledged that early Maldivians were Buddhists or Hindus migrated from the Indian landmass. Cowrie shells were used as a form of currency in the early period. Historical accounts of travellers revealed that they were traded in the 13th century. A single gold dinar was worth 400,000 shells.

The Maldivian language “Dhivehi” has its own script called Thaana that shows both an Abugaida and a true alphabet principal. The language has some affinity with Sanskrit, Sinhalese and Arabic. The Maldivian cuisine is mostly a natural blend of varietals. The widely popular and refreshing drink is coconut juice or Kurumba. The popular dishes are mostly made up of Tuna and reef fish, and a mixture of curries and spices from initial influence main Maldivian.   Maldivian clothing is preferred to be cotton due to the tropical weather. Men traditionally wear sarongs wrapped around the waist with long sleeved shirt. And women wear what is called libaas, which is usually adorned with gold or silver threads, and the best ones are manually crafted.

Located picturesquely in the heart of the Indian Ocean, at the South-West of India and West of Sri Lanka, the Maldives owe their beauty to a unique geological formation.

26 Atolls & 200 Islands
All 820 km (512 miles) of the Maldivian archipelago is exclusively comprised of Atolls, about 26 in total, protecting in their hearts some marvellously placed 1200 small and perfectly drawn-up tropical islands and thousands of kilometres of coral reefs.

The origin of the word "atoll"
The genesis of the word "atoll" itself could derive from the Dhivehi - Maldives language - "Atholhu" and is now used in different languages worldwide.
Of these scattered 1200 islands, about 200 are inhabited by Maldivians, about 700 islands and sand banks remain completely deserted and more than 170 are allocated to resorts.

The Islands can be very tiny with only a few tens of meters in diameter. The largest reach more than a kilometre like Male, the capital, with 1.5 km or others, like Gan, the largest, located in the Southernmost part of Maldives, in the beautiful Addu Atoll, with 6 kilometres long and 3.4 kilometres wide.

Most of the resorts barely reach an average of 400 meters and home of the largest resorts include Atmosphere Kanifushi, Kuredu, Meeru, Kuramathi and Sun Island whose lengths are between 1 to 1.7 kms. 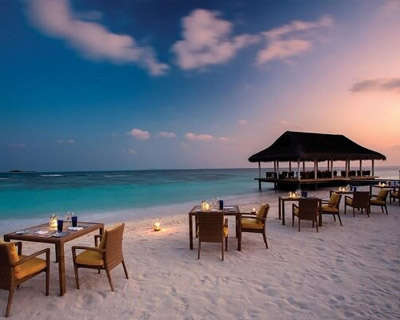 The Maldives are advantageous in terms of its strategic location near the Equator, which offers stable temperatures throughout the year and protection from cyclones.
Their climate is tropical equatorial, generally humid and warm with two seasons called South-West & North-East Monsoons.

With a distance of 827 kms from North to South and the Equator crossing the country, the weather conditions will vary according to different locations in the archipelago.
As a consequence, standard weather forecast for Male’ ( Central North Maldives ) remains invalid for the entire archipelago and the most Southern part, under the Equator,forecasts for Gan is a must to do by the meterological department of The Maldives.

What is the Best Season to go Maldives?

It is usually advised to choose the so-called "dry" season, from October / November until April. September is in theory (and in theory only) a little less "risky" than June / July / August months when the rainy monsoon can still be (very) active to very active. It sometimes goes on until October.

However, beautiful September months have been also seen, with a few showers only quickly replaced by a beautiful sun. Sometimes, an early and powerful rainy season that heavily started in May (strong winds and rains are usually happening later on ) to extend itself until December.

Forecasts and reality can be very confusing.
The best idea is not to rely too much on general weather information usually published on the web or in travel brochures. A nasty surprise could wait for you, even in Maldives...

November is theoretically safer. But again, perhaps will the weather be a little moody at this period too. In any case, nevertheless, you can leave with light heart as you surely will have some beautiful days during your stay.

The year is divided into 2 monsoons in Maldives : the summer monsoon and the winter monsoon.
Although global temperatures do not fluctuate much along the year, each monsoon brings very different weather conditions in term of rain, sunshine and winds.

THE WINTER MONSOON, "IRUVAI" A DRY AND SUNNY SEASON...hot and dry,this period of year is the best time to go to The Maldives.
Maldives winter monsoon often brings sunny skies few rainfall and quiet seas. 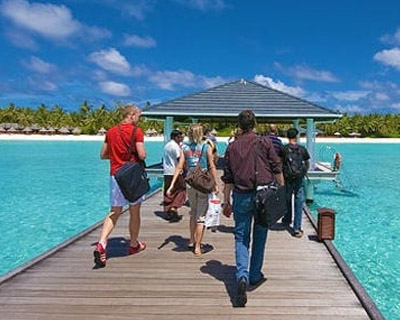 The Best Time to Visit Maldives

This monsoon brings calm seas, clear skies with less frequent rains throughout the archipelago. The weather gets drier and sunnier. During these months, few showers and winds are expected and the sea can be extremely flat.
This period of the year brings a lot of sunny days, completely blue skies with sometimes gorgeous cloud formations.

Iruval season is usually the best time to go to Maldives.
THE SUMMER MONSOON, "HALHANGU" A RAINY AND WINDY SEASON.....generally rainy and windy, the summer monsoon in Maldives often starts around May to reach its peak around July / August.

Maldives summer monsoon is considered as the strongest Maldives season.The Summer Monsoon, "Halhangu" A Rainy and Windy Season
The summer monsoon in Maldives, named "Halhangu" in Dhivehi ( Maldivian language), often starts in May and reaches its peak around July / August to slowly disappear in October/November in favour of the sunny and dry winter monsoon.

Considered as Maldives winter, Halhangu brings versatile weather that can change in a few minutes.
Stay POSITIVE, the Rainy season is the best period to witness the most spectacular Maldives Sunsets !

During this period, Maldives can be exposed to heavy rains, rough seas and strong winds and you will often experience strong to very strong rain showers.
In summer times, Maldives weather becomes very versatile and can change in a few minutes. Skies become dark, strong rains can follow a beautiful sunny morning and wind gusts can reach up to 50 Knts ( app. 90 Km/h) for hours.

These dark, rainy and very windy periods can be very short, but they can also continue for a few days and be immediately replaced by idyllic weather conditions.
Winds are generally stable and strong and blow West/ South-West.
Halhangu season is usually not the best time to go to Maldives but can be beautiful too. 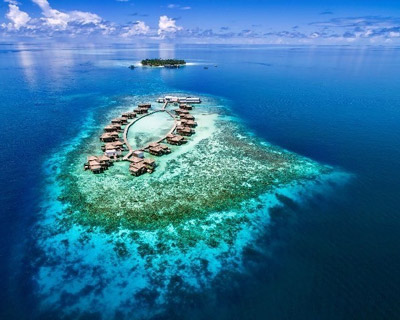 Sea temperatures
The average minimum temperatures vary little throughout the year and remain stable between 25°C and 28°C. (77˚- 30F˚) 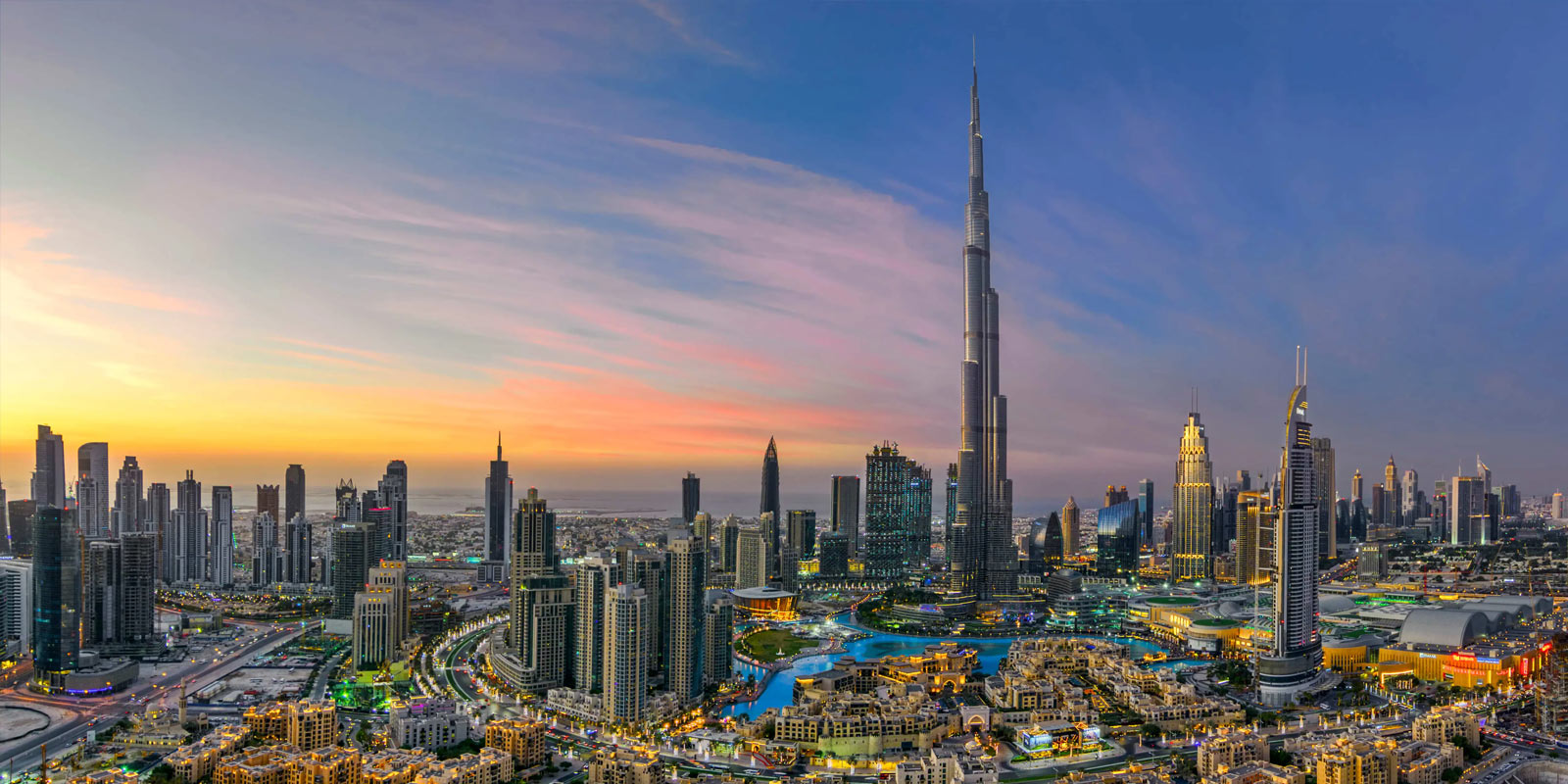 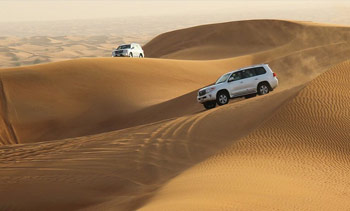 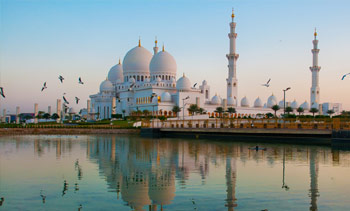 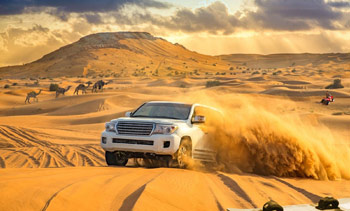 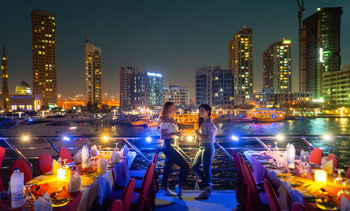 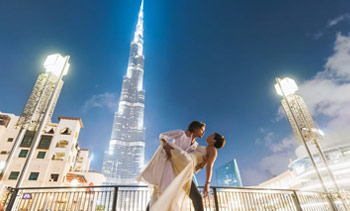 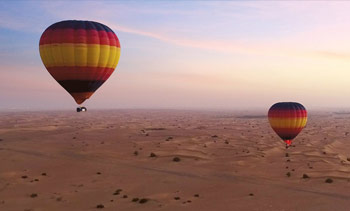