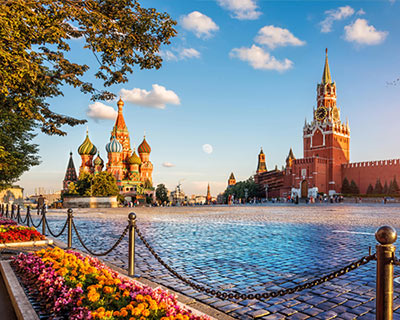 Spanning more than one-eighth of the Earth's inhabited area, Russia is the largest nation in the world, and no doubt it has wide range of options to explore. The country has much to see of its rich culture and heritage sites, simultaneously developing in terms of infrastructure, technology and trends. Moreover, as the country borders European as well as Asian countries, it sports a unique culture. When it comes to tourist places in Russia, it happens to be a paradise for history lovers given the various monuments and sites that each have a story to discover. The country also flourishes in ancient art styles, being a treat for artistry tourists. Each region of the country has a historical story and deserves separate attention. The country shares its borders with 14 nations including Norway, Finland, Poland, China and North Korea and maritime borders with Japan and the US state of Alaska.

Russia is the land of magical beauty and endless attractions. High on any tourist’s priority list, the attractions that make this country unique are a trip by boat from Moscow to St.Petersburg and the Valaam Island, an important religious pilgrimage center, a visit to Kizhi Island, famed for old Russian wooden architecture, the Black Sea coast, which is a seaside playground. Not only these, but there are also other enormous places of interest that make this country a land of marvels.

Rich in natural landscapes, the country is home to the largest freshwater lake in the world. Rivers and forests encompassing amazing flora and fauna, awe-inspiring volcanoes, the icy tundra region and the sun-kissed beaches, colorful cultural heritage, remarkable historical monuments, and inimitable cities are what adorn this country and make Russia a beckoning land to explore. Apart from this what adds Russia more beautiful is the old Russian cities; Vladimir, Sergiev Posad, Suzdal, Rostov, Kostroma and others are jewels of Russia’s represent like Golden Ring.

Russian is the official language. The people of Russia are well mannered but reserved by nature and do not open up to strangers. The cultural diversity can be seen here that spans ethnic Russians and their orthodox traditions blend with Tatars and their Muslim culture, Buddhist Buryats, and people from Siberia, Northern Caucasus, and Volga region. Russians love to eat fish, poultry, mushrooms, berries, black bread and honey. The Byzantine architecture, music and Russian Ballet, and visual arts make the core of Russian culture.

The capital city is rich in historical and religious heritage sites. State Historical Museum and St. Basil’s Cathedral are famous for its colourful onion-shaped domes.  Saint Petersburg, the cultural capital of Russia, is famed for world’s best museum and open air theater. Irkutsk, a Siberian city known for the beauty of Baikal Lake. Kazan, the capital city of Tatar known for its impressive Kremlin. 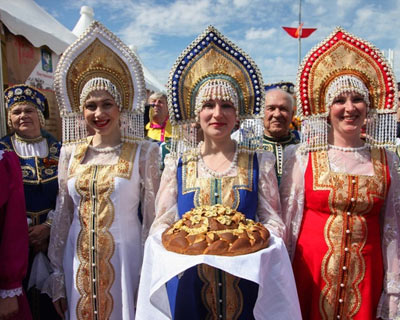 Russian culture has a long and rich cultural history.  Russia has a very visual cultural past, from its colorful folk costumes to its ornate religious symbols.  The people of Russia are well mannered but reserved by nature and do not open up to strangers. The cultural diversity can be seen here that spans ethnic Russians and their orthodox traditions blend with Tatars and their Muslim culture, Buddhist Buryats, and people from Siberia, Northern Caucasus, and Volga region. Russians love to eat fish, poultry, mushrooms, berries, black bread and honey. The Byzantine architecture, music and Russian Ballet, and visual arts make the core of Russian culture.

While Russian is the official language, many Russians also speak English as a second language. More than 100 minority languages are spoken in Russia today, according to the BBC. The most popular is Dolgang, spoken by more than 5.3 percent of the country's population, according to the CIA. Other minority languages include Tartar, Ukrainian, Chuvash, Bashir, Mordvin and Chechen. Although these minority populations account for a small percentage of the overall Russian population, these languages are prominent in regional areas.

"Religion has always been a primary component of Russian life, even during times of oppression," Wagner said.
There are nearly 5,000 registered religious associations in Russia. Orthodox Christianity is the main religion in Russia. It is the confession of almost all Slavic peoples and nationalities who reside in the territory of the Russian Federation, and even some of the huge non-Slavic ethnic groups such as the Chuvash, Komi, Georgians, Ossetians, Armenians, Mordovians, etc.  More than half follow the Russian Orthodox Church, according to the Ministry of Foreign Affairs of the Russian Federation. They go to Christian Orthodox churches, celebrate religious holidays and follow all Christian traditions. On Christmas relatives and friends get together to celebrate around the festive Christmas table. The night before Christmas young girls would try to read fortune in tea leaves, mirrors, candle wax, barn noises, and such.

Islam is the second largest religion; about 10 percent to 15 percent of Russians practice Islam, according to the CIA World Factbook.

"The third most popular religion in Russia after Christianity and Islam is Tengrism, a form of pagan, animistic and shamanic religion," said Christina de Rossi, an anthropologist at Barnet and Southgate College in London. Tengrism originates from the Turk and Mongol populations of Central Asia and has enjoyed a revival in parts of Russia as it is seen as part of a certain Central Asian ethnic identity by some regional independence movements. 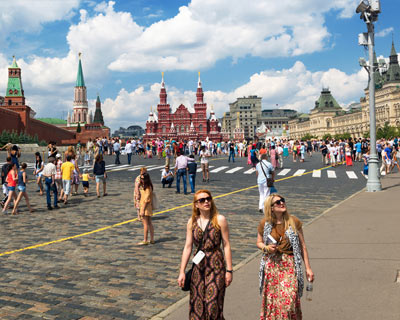 Russian weather is best characterised by extremes; however, given the size of the country, it is difficult to generalise, as temperatures and climates can very vastly, depending on which part of the country you are in.

Generally speaking, the summers (running from June to August) are warm and dry, while the winters (running from November to March) are extreme, with temperatures known to touch negative thirty, heavy snowfall and strong winds during the season. The north and central European parts of the country have the most extreme weather, while areas along the Baltic coast are less extreme.

Russia may not be the first to come to mind when you think of a food destination, but the country has plenty of delicious traditional dishes to try. Visitors to Russia are often surprised at the variety and flavors of Russian cuisine, which is influenced by Russia's connection to Europe, Asia, and the Middle East. The most classic Russian recipes are made of veggies and wheat, such as soups, porridges, and stuffed dough.

The handicrafts and artistic achievements of craftsmen are an important part of Russian culture and a source of particular national pride. The Moscow Region

Russian: Moskovskaya oblast or is one of the ancient centres of Russian folk art. Artists’ teams and workshops grouped around Russia’s capital throughout the centuries and, over the years, evolved into some twenty distinct handicraft centers with their own traditions and renowned artists.

The following documents should be submitted to the Russian Embassy or Consulate to obtain a Tourist Visa to enter Russia:

1.  Your original passport with at least 2 blank visa-designated pages (passport must be valid for at least 6 months after intended departure date from Russia).
2.  Two copies of Russian visa application form, completed and signed.
3.  Two passport-size photos signed on the back.
4.  If Tour Group or Cruise Passenger: Letter from tour company or cruise line confirming itinerary and including a copy of the confirmation from authorized Russian travel company which shows the reference number and confirmation number for the visa.

If Individual Travel: Confirmation of hotel arrangements from authorized Russian travel company, or directly from the Russian hotel, showing reference number and confirmation number for the visa.

Starting from October 1, 2019, nationals of 51 foreign States (including Indian) may be granted an e-visa to enter the Russian Federation through air, naval, automobile, and pedestrian checkpoints located in the territory of Saint Petersburg and the Leningrad region.
https://electronic-visa.kdmid.ru/spb_home_en.html

Smoking in Russia has been banned in offices, work zones, public buildings, restaurants, hotels, medical institutions, entranceways, elevators, children’s play areas, on public transport, trains, railway stations, beaches, and inside or anywhere within 15-50 feet of an entrance to subways, airports and rail stations. The sale of cigarettes is prohibited inside a 330-feet radius of educational establishments. The penalty for violation of the law is a fine of up to 1,500 roubles (about  25 USD) for individual smokers. It is possible to smoke in public places only if there is a special area for smokers (usually it has a special sign of permission to smoke).

Tipping Tour Guides and Drivers
Average tip for a private guide is 12 – 24 USD per day. If you want to tip your driver, the recommended amount is  7 - 12 USD per day. Please, remember that tipping is not obligatory and is always only your own will and decision.

In big Russian cities such as Moscow and St. Petersburg you will have many opportunities to buy Russian souvenirs. There are some special souvenirs’ stores and also some street souvenir-markets and etc. But anyway it is better to consult with your local guide where to buy some certain souvenirs and present and what is better to purchase.

The most famous and popular Russian souvenirs are as follows: “matryoshka” (also known as a ‘Russian nesting doll’ that is a set of wooden dolls of decreasing size placed one inside another); lacquered boxes of Palekh; Khokhloma wood crockery; ceramic items of Gzhel (Russian style of ceramics in white-blue colours, that takes its name from thevillage of Gzhel, where it has been produced since 1802); famous Russian shawls and scarves (‘Pavlo-Posadskie platki’); ‘Ushanka’-hat (a winter fur hat with ear flaps); amber jewelry and many other nice souvenirs.

How to get to Russia

Traveling to Russia is easy. There are direct flights to Russia from many countries around the world. The main gateways are Moscow and St. Petersburg. If you are going to visit other Russian cities, keep in mind that many other Russian airports also serve international flights. 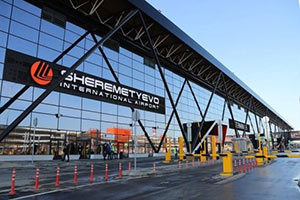 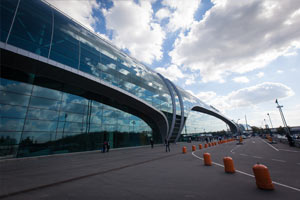 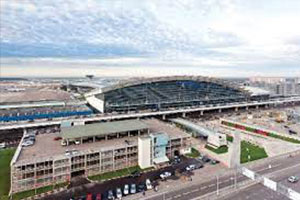 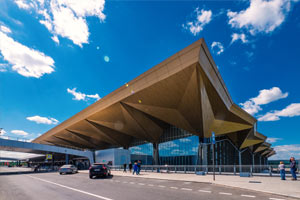 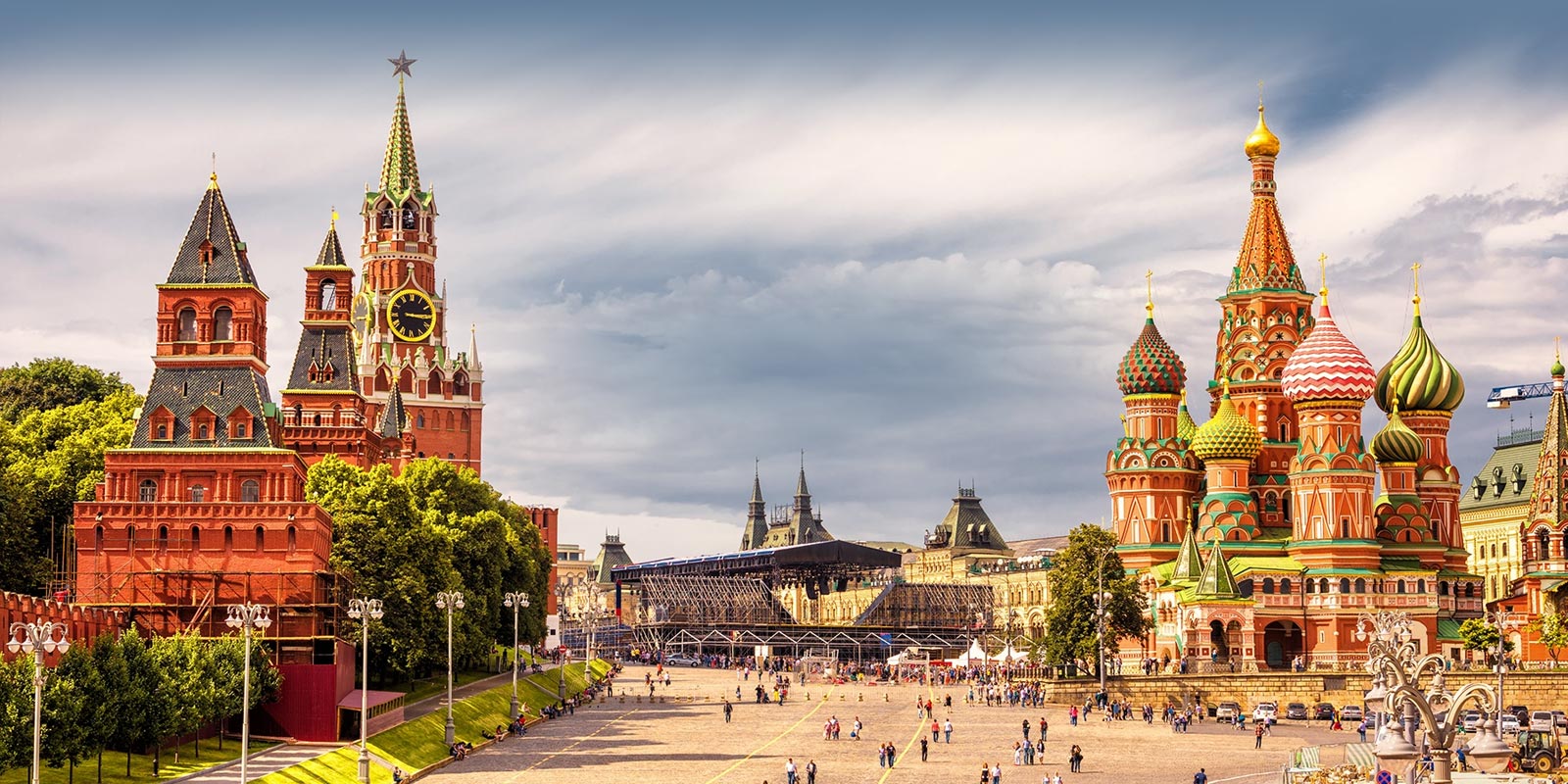 Starting from USD 599/- per person 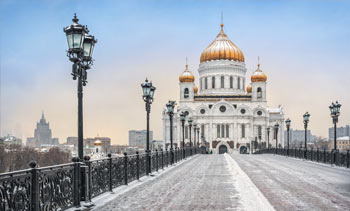 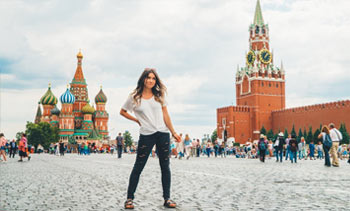 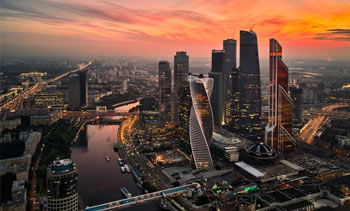 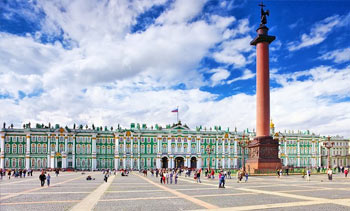 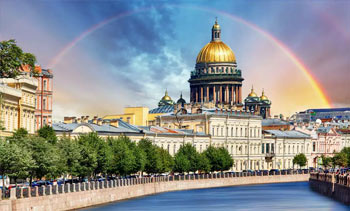 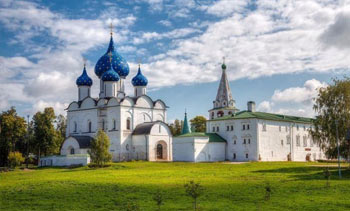 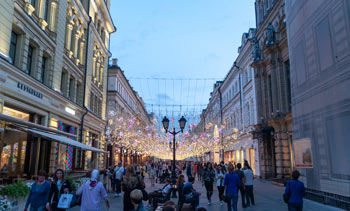 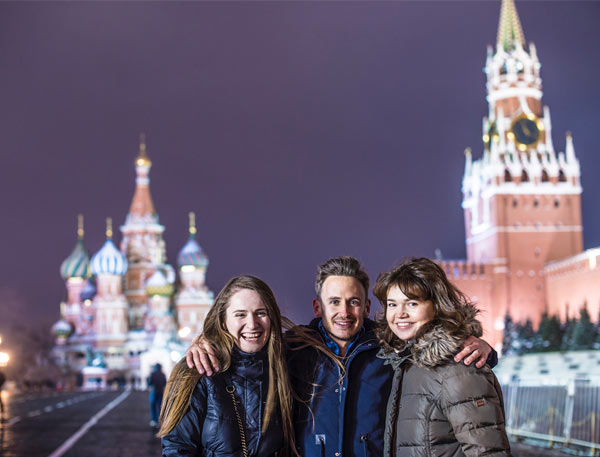 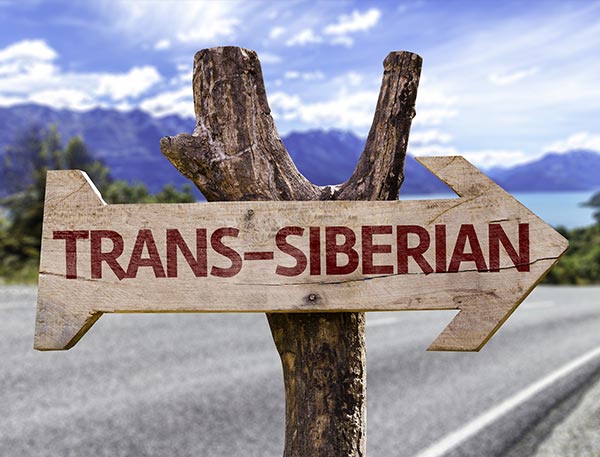 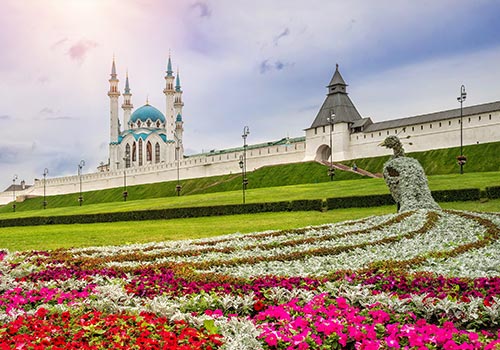 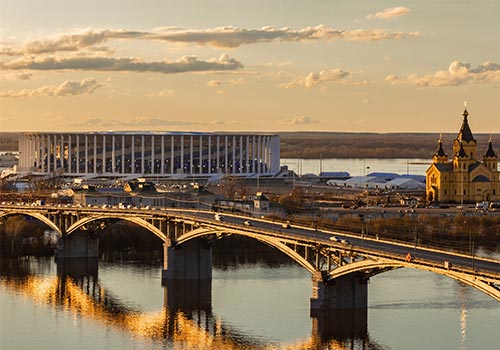