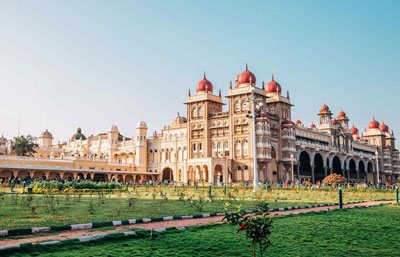 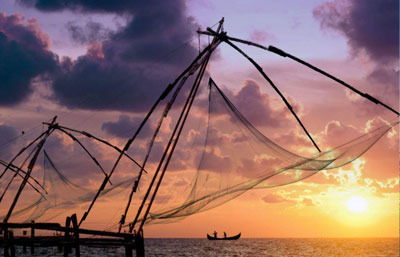 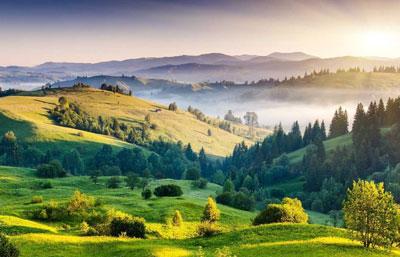 Arrive Bangalore, after traditional 'Swagat' (Welcome) our representative would assist you at the airport & to hotel for check in.

Bangalore combines a quaint old world charm with the hustle and bustle of a modern metropolitan city. It is a delightful place with an amalgamation of various rich cultures, crafts, and heritage centres. This city while enjoying the reputation of being a modern, high-tech city, still offers a lot of places of historical interest for the avid sightseer to explore. A trip around the city can be very interesting and provides a varied sightseeing experience with Palaces, museums, temples, churches and gardens.
Overnight Hotel - Bangalore

Half Day Tour
Today we take a guided tour of Bangalore, visiting Tipu Sultan Palace; the layout of the palace gives the idea of the ethnic Mughal lifestyle. The fort & its remains present the history of the era in which it was built. The construction of the Tipu palace was started by Haider Ali & completed by Tipu Sultan, it is now a museum. Also visit ISKCON Temple, a harmonious blend of the Dravidian & modern architecture. The building has some of the modern facilities along with Vedic preaching library.

Next we visit the Lal Bagh Garden, name Lal Bagh has been given to it for the wonderfully bloomed red roses that remain blooming all through the year. Haider Ali started building this garden in 1760.

Today we drive to Hassan, founded in the 11th century by Channa Krishnappa Naik, a Palegar. The place is called Hassan after the Goddess Hasanamba (Smiling Goddess) presiding deity of the town.

Later we take a tour of Chennakeshawa Temple at Belur, built in the year 1117 AD to celebrate Hoysala military victories & it took over a hundred years to complete. Stories from the Purans, Upanishads & other mythological sources have been executed in the most exquisite & authentic detail, tales from Ramayana & Mahabharata. We also visit the Hoyasaleshwara Temple at Helebid, built by Kettuvallam, during 1121 AD. Dedicated to Lord Siva. The temple has two shrines connected by pillared walls & in each shrine is a Lingam Hoyasaleshwara & Shanthaleshwara.
Overnight Hotel – Hassan (B)

Today we drive down to Mysore.Arive and check in at hotel.
Later we take a tour of Mysore, we visit Srirangapatnam, the historic capital of Tipu Sultan known for his struggle against British rule. Several monuments relating to his rule are sprinkled across the island. Later we visit Darya Daulat, commonly known as Summer Palace of Tipu Sultan is situated amidst scenic surroundings on an island formed by two branches of the River Cauvery. We also visit Maharaja Palace, designed by British architect Henry Irwin, the Amba Villas Palace as it is also known, was completed in 1912. Chamundi Hill, which is topped with a 12th century temple of Durga with the magnificent 5m tall Nandi, Carved from single piece of granite in 1659, its one of largest in India.
Overnight Hotel – Mysore (B)

Mysore, capital city of the Wodeyars kingdom, has always enchanted its admirers with its quaint charm, rich heritage, magnificent palaces, beautifully laid-out gardens, imposing buildings and sacred temples. There's an old world charm about the city as it reaches out to everyone.

Today we drive to Ooty (Udagamandalam), Queen of hill stations & the capital of Nilgiri district. It is one of the most popular tourist resorts in India. Nilgiri means Blue Mountains. It is a land of picturesque picnic spots. It was a very popular summer & weekend getaway for the Britishers during the colonial days. An added attraction for the tourists is the mountain train journey on a ratchet & pinion track which commences from Kallar, near Mettupalayam & wends its way through many hair-raising curves & fearful tunnels & chugs along deep ravines full of verdant vegetation, gurgling streams & tea gardens.
Overnight Hotel – Ooty (B)

Today we drive to Cochin, a very popular & historical sea trade connection with Middle East, Mediterranean Europe, Dutch & British. It has one of the finest natural harbours on the Arabian coastline. Its cosmopolitan character is reflected in buildings & structures representing different regions of the world. Rest of day at leisure.
Overnight Hotel – Cochin (B)

Today we visit St. Francis' Church, built in the year 1503 by Portuguese Franciscan Friars and known to be the oldest European church in India. It was restored in the year 1779 by the protestant Dutch, converted to an Anglican Church by the British in 1795. Vasco da Gama's remains were buried here in 1524 & later moved to Lisbon, Portugal. We also visit Dutch Palace, originally built by the Portuguese. Later in 17th century they modified it & presented it to the Raja (King) of Kochi (Cochin). The Palace has a fine collection of mural paintings depicting scenes from Hindu epics, Mahabharata & Ramayana. Later we visit the Jewish Synagogue, built in the year 1568. It is magnificently decorated by Chinese tiles & Belgian chandeliers. Giant scrolls of the Old Testament can be found here. Also visit the spice market, where the air is filled with the pungent smell of spices & history that brought the world to its doorstep. Chinese fishing nets, (Cheenavala) are distinctly unique to Cochin. It is believed that traders from the court of the Chinese ruler Kublai Khan introduced these nets here.

Half Day tour
Today we take a tour of Munnar, visiting the world's highest tea estates spread like a green carpet over a large area. Later we visit Eravikulam National Park (Closed - January & February), the best place to see the rare Nilgiri Tahr (mountain goat). This sanctuary was set up for the preservation of the endangered Nilgiri Tahr.

Evening at leisure to enjoy the natural beauty of the place.
Overnight Hotel – Munnar (B)

Today we drive to Periyar (Thekkady), one of India's most fascinating natural wildlife sanctuaries, where one can watch wildlife at close range. The vegetation, the flora & fauna & the birds are uniquely rich, vast & varied that it does not bear resemblance to any other wildlife sanctuaries in the world. Even a casual visitor to this place will not fail to observe the special ecological pattern. The very sound of the name conjures up images of elephants, unending chains of hill & spice scented plantations. The sanctuary is one of the best in the country for watching & photographing wild life. Notable among the inhabitants are the tigers, majestic Asiatic wild elephants & distinctive Nilgiri Langur. A cruise through the waters of Periyar lake around which the wild -life sanctuary is situated, offers a soul stirring pleasant experience.
In the evening we go for a Spice Plantation Tour.
Overnight Hotel – Periyar (B)

At sun rise we take a boat ride to view wildlife in the sanctuary on Lake Periyar. After two hours of wildlife viewing we get back to the hotel for breakfast. Later we drive to Kumarakom, It is a cluster of little islands, on the Vembanad Lake in Kerala. Kuttanad, the 'Wonder Land' believed to have been lying below the sea level, sprang out into the marshes when the sea receded later. The land of lakes, canals & paddy fields, Kumarakom transports you to sheer ecstasy. Furthermore Vembanad Lake is home to several types of marine life exclusively the Karimeen (Pearl Spotted Fish), Chemeen (Prawns) & Konju (Tiger Prawns)
Overnight Hotel – Kumarakom (B)

Today we visit Kumarakom Bird sanctuary. There are two seasons for birds: between October & February there are cormorants, teals, & other ducks & from February to July there are darters (snake birds), night herons, egrets, & Siberian storks. It also has golden backed woodpecker, crow pheasant, white-breasted water hen, tree pie etc. Later we board the houseboat, locally called Kettuvallam, cruise around beautiful backwaters of Kumarakom to Alleppey to observe & experience the daily life of the villagers along the backwaters.

Later we board the houseboat, locally called Kettuvallam, cruise around beautiful backwaters of Kumarakom to Alleppey to observe & experience the daily life of the villagers along the backwaters.
Overnight Houseboat (B, L, D)

Today morning we disembark houseboat & drive straight for Kovalam, an internationally renowned beach with three adjacent crescent beaches. It has been a favourite haunt of tourists, especially Europeans, since the 1930s. A massive rocky promontory on the beach has created a beautiful bay of calm waters ideal for sea bathing. The leisure options at this beach are plenty and diverse-sunbathing, swimming, herbal body toning massages, special cultural programmes, Catamaran cruising, etc. The tropical sun acts so fast that one can see the faint blush of coppery tan on the skin in a matter of minutes. Life on the beach begins late in the day and carries on well into the night.
Overnight Hotel – Kovalam (B)

Day at leisure. Explore water sports / Ayurvedic spa on your own.
Overnight Hotel – Kovalam (B)

We will assist you with a punctual transfer to the airport for your onward travel.