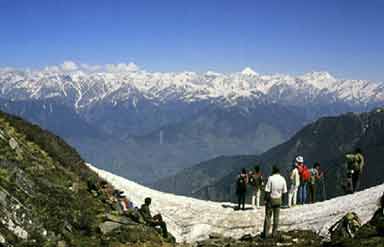 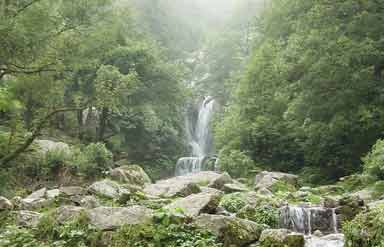 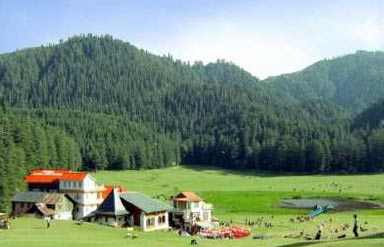 Breathtaking landscapes, ancient temples, untouched beauty of Chamba & Pangi valley including lush green forests of pine, cedar and deodar make Dalhousie a gorgeous hill station of India which is visited by scores of tourists round the year. It is located on and around five hills on the western edge of the Dhauladhar mountain range of the Himalayas at an altitude between 6,000 and 9,000 feet above sea level.


This beautiful hill station is among the prime tourist destinations in the State of Himachal Pradesh which was established in 1854 by the British Empire in India as a summer retreat for its troops and bureaucrats. It was founded by the British Viceroy Lord Dalhousie so it was named after him. The picturesque town is interspersed with the colonial-era buildings with low roofed stalls with Scottish and Victorian architectural styles of construction and decoration.? The soul stimulating beauty of this place also makes it a popular destination for Honeymoon Tours in India.

This is also known as the Church of Scotland which was built in 1903 at Baloon by Protestant Christians. The Church is located near Dalhousie's bus stand. The eye soothing natural beauty around this Church has made it popular among the tourists and nature lovers.

Founded in 1909, it is the biggest church in the town with the highest number of seating capacity. This is a popular attraction situated amidst the picturesque landscape which summons scores of tourists.

This is the other most famous Catholic Church of this region which is visited by scores of tourists because of its beautiful glass work and elaborate stone work. It is the prominent attraction near the Subhash Chowk which was built in the year 1894.

PanchPulla or Five Bridges is a beautiful destination with picture perfect looks which is known for gushing streams, old bridges and lush greenery. Here one can also visit the Samadhi of Sardar Ajit Singh who was a freedom fighter of this region.

It is one of the places near Dalhousie that remains snow covered all year round. The soul stimulating natural beauty of this place lures scores of tourists to this place. This is situated at an altitude of 2,440 meters above sea level and is blessed with lush landscapes, deodar forest and dales. The only way to see Kalatop is on foot which makes it a famous trekking route of Dalhuosie.

The Bakrota is located at a height of 2085 meters in the Bakrota hills which offers spectacular views of the snow covered Himalayan Mountains.

It is the highest mountain in Dalhousie which is located at a height of 2,755 meters above sea level and provides an awe-inspiring view of the nearby surroundings.? The scenic views, mountain ranges with the backdrop of gigantic mountain peaks are worth seeing which make it among the popular attractions of this place.

Some of other most famous attractions of this place are Bara Pather, Jhandri Ghat, Khajjiar, Laxmi Narayan Temple and Satdhara Falls.

Trekking and camping are the two prominent adventure sports in Dalhousie. The trekking routes of Dalhousie are known for offering an exhilarating experience to the travellers who want to experience the pristine beauty of the Great Himalayas. Some of the well known trekking routes in Dalhuosie are:

Dalhousie is the best place to indulge in some winter shopping. Apart from Gandhi Chowk, visit the Himachal Handloom Industry Emporium on Thandi Sadak for shopping. This place is famous for an array of woolen shawls and clothes. If you wish to buy beautiful Tibetan carpets, you must head to the Tibetan Handicrafts Center. Here you can also find bags, purses and other knickknacks.

How to Reach Dalhousie

By Rail: Pathankot, the nearest railway station is about 80 kilometers from Dalhousie. It is well connected with all the major cities of India.

By Road: As Dalhousie neither has an airport nor a railway station, roads are the only available modes of direct transportation. The place is well connected with other major cities of India by well-maintained roads. Dalhousie is 145 km from Chamba, 190 km from Amritsar and 235 km from Shimla. It has excellent bus service, offered by state transport departments and private tour operators, for reaching here from all the nearby cities of India.