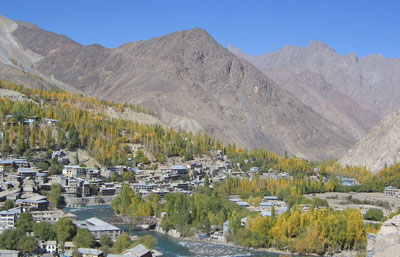 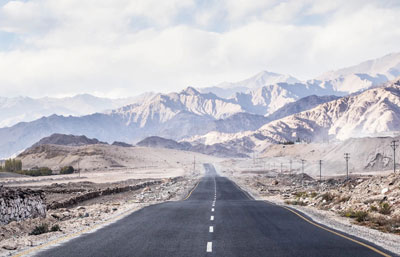 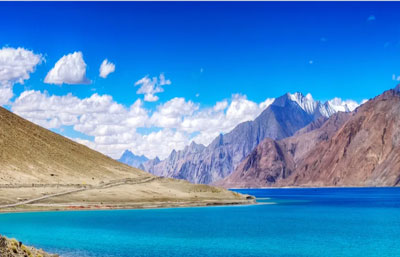 Arrive Leh receive upon arrival and drive to hotel. Afternoon at leisure in Leh, where we can take a walk to the colorful bazaar.
Overnight Hotel - Leh

After breakfast we leave on a full day tour of the monasteries around Leh and vist Shankar, Spituk and Phyang monasteries. Later in the afternoon we walk around Leh town and visit Leh Market, Leh Palace ruins, Leh Gompa & Shanti Stupa.
Overnight Hotel ? Leh

Excursion to Shey, Thiksey, Hemis Today we proceed for Indus Valley monastery tour. We start with a visit to Shey the ancient capital of Ladakh. The monastery here has a huge gold-gilded statue of Buddha Sakyamuni with a large silver lamp burning in front of the statue.

Hemis is one of the largest and richest gompas of Ladakh.The two-day festival of monastic dance in June-July has raised the reputation of Hemis particularly high. The festival is dedicated to Guru Padmasambhava, popularly known as second Buddha and responsible for spreading Buddhism in the Tibetan world. Later in the evening we drive back to hotel. Dinner and overnight at the hotel.
Overnight Hotel - Leh

From Likir we drive 9 km to Basgo. It was an important centre in the old days, having been the capital of lower Ladakh when the kingdom was divided in the 15th & 16th centuries. We visit the ruins of the Royal Palace at Basgo, Ser Zung Temple, which is known for its great frescoes and finally the temple with an enormous gold and copper statue of the Maitreya Buddha. Later we drive to Leh (3521 m), capital of Ladakh and check-in the Hotel. Evening at leisure.
Overnight Hotel - Leh.

After early breakfast, we drive towards Tso Moriri Lake. From Leh we reach Upshi on Leh-Manali road and then turn to another valley and drive along the mighty Indus River. It is one of the most interesting areas and goes through narrow valleys, sandy deserts, rocky paths, and our vehicle crosses number of mountain streams. On the way we visit Chumathang, famous for its hot springs that has medicinal properties and Sumdah village from where Korzok village is another 55 km. Little before Tso Moriri Lake we drive past a small green valley famous for wild Marmots locally known as Phya. We arrive at Korzok village (4572 m) in the evening and check-in the Camps little away from the village. Korzok (4572 m), the only village near Tso Moriri Lake, is the only permanent settlement in Rupshu region with an approximate population of 500 people. The few barley fields at Karzok must be among the highest cultivation in the world. In the evening we visit Korzok Monastery. Dinner
Overnight Camp - Tso Moriri

After breakfast we drive to Mahe village where the road turns left towards Puga Valley, a grassy plain with a small sacred stream, Sulphur springs and Geysers (shooting fountain). Continue drive to Tsokar via Polokongka Pass (4116 m) and visit Tso Khar (4485 m). It is also called White Lake because of salt deposits around it. The Lake is so salty that the salt extracted from its margins are still sold all over Ladakh. The place is also famous for Kiangs (Tibetan Wild Ass), which are generally seen here grazing and moving in groups. From here after short drive we reach Leh-Manali road and continue drive towards Leh via Tanglangla Pass (5329 m), the third highest motorable point in the world. En route we drive past beautiful villages of Rumtse, Gya, Miru and Lato. We arrive Leh in the evening and check-in the Hotel.
Overnight Hotel - Leh

After an early breakfast we drive to NUBRA VALLEY leads through KHARDUNG-LA-PASS (the highest motorable road in the world) at 18,390 ft, around 39kms from Leh.

Nubra Valley is popularly known as Ldorma or the valley of flowers. It is situated to the North of Ladakh between the Karakoram and Ladakh ranges of the Himalayas.

Arrive Hunder by afternoon and rest of the day at leisure to explore Hunder & Diskit Village.
Overnight at Camp/Cottage

After your breakfast at the camp, visit the SAND DUNES to enjoy a camel safari (Optional). Later we drive to Leh by same route over Khardung La.Afternoon rest and relax or take a walk to the local market.
Overnight at hotel.