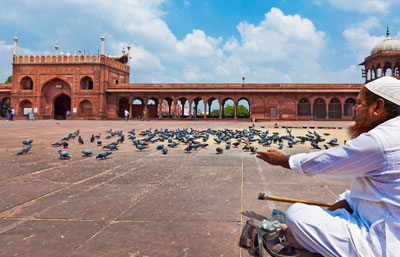 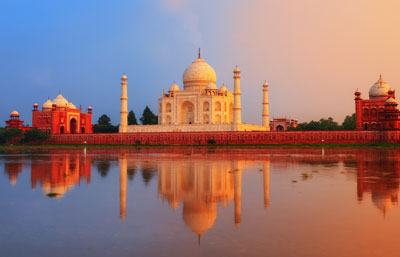 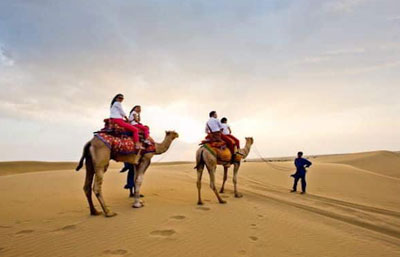 We will also visit Humayun's Tomb, memorial of Mughal Emperor Humayun, built in the year 1562. The complex is a World Heritage Site & the first example of this type of Mughal architecture in India. Qutub Minar, built in the year 1206 by Qutub-ud-din Aibek. It is the tallest (72m) brick minaret in the world, an important example of Indo-Islamic Architecture. Qutub Minar & its monuments are listed as a UNESCO World Heritage Site.

Full Day Tour
Today we visit Taj Mahal, symbol of eternal love, which stands on the banks of River Yamuna. It was built by the 5th Mughal emperor, Shah Jehan in the year 1631 in memory of his wife, Mumtaz Mahal. It was completed in 22 years. Further we visit Agra Fort, taken over from the Lodhis by the Mughal Emperor Akbar in the late 16th century. The Fort can be more accurately described as a walled palatial city. It was built from red sandstone, often inlaid with white marble & intricate decorations.

We will also visit Sikandara, Akbar's tomb. His son Jahangir completed the construction of the tomb in the year 1613. Itmad-Ud-Daulah's Tomb, built by Nur Jahan between 1622 and 1628. It belongs to the father of Nur Jahan, Ghiyas-ud-Din Beg. He was the Wajir (Chief Minister of Emperor Jehangir). This white marble tomb was. This tomb was the first complete marble Mughal structure.
Overnight Hotel - Agra(B)

Today we drive back to Delhi, en route visit Mathura & Vrindavan, places related with the birth & childhood of Lord Krishna. In Mathura we visit Shri Krishna Janmabhumi temple, a stone slab marks the original birth place of Krishna. In Vrindavan we visit Bankey Bihari Temple, built in the year 1864. Temple is famous for the black statue of Krishna, also called as Thakur Ji. ISKCON Temple, one of the most beautiful temples in Vrindavan. Temple is devoted to Krishna, his brother Balaram & Krishna's beloved Radha.