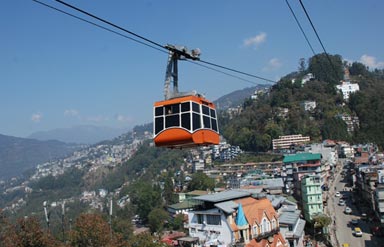 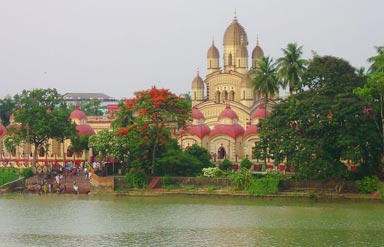 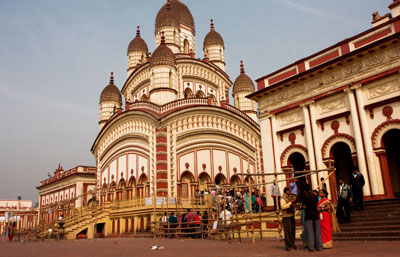 Arrive by flight, after traditional 'Swagat' (Welcome) our representative would assist you at airport & transfer to hotel for check in. We begin our Grand East Himalayan with Kolkata Tour with the capital city of West Bengal.

Calcutta or Kolkata is known as the City of Joy. It ranks among the four major metropolis of India along with Delhi, Mumbai, and Chennai. A mere village in the 17th century, Kolkata is not an ancient city like Delhi. Like Mumbai and Chennai, it originated largely due to the expansionist ambitions of the European powers, especially the British Raj. Little wonder, Calcutta- Kolkata continues to be home to some of the finest Raj edifices built in a variety of styles.
Overnight Hotel - Kolkata (B)

Today morning we will take a half-day City tour. We begin from Lakshmi Narayan Temple towards Botanical garden, Eden Garden, Fort William and walk through the Howrah Bridge. This legendary bridge is a spectacular construction, the third largest cantilever bridge in the world and was opened in 1943. The 71 ft wide bridge can accommodate eight lanes of traffic and is flanked by two wide footpaths.
Overnight Hotel - Kolkata (B)

Today transfer to airport to board the flight to Bagdogra. Arrive Bagdogra and drive to Darjeeling - Queen of Hill Stations. Its setting is one of incomparable beauty. A Victorian town of old world charm 'discovered' by the British. It is surrounded by fragrant tea gardens which seem to flow over the layered slopes like emerald swells on a rough sea.
Overnight Hotel - Darjeeling (B)

After some rest we take a ride of toy train of Darjeeling Himalayan Railway (DHR), now a UNESCO World Heritage Site. Also visit the Mountaineering Institute, created by the late Tenzing Norgay, the Sherpa who conquered Mt Everest with Sir Edmund Hillary. A display of equipment used on the climb is one of the highlights. Next we visit the Tibet Handicraft Centre & the beautiful Tea gardens. In the evening visit the Observatory Hill known locally as Makal-Babu-Ko-Thaan. According to legend, a Red Hat Buddhist Monastery called Dorje Ling, or 'place of the Thunderbolt', stood at this very spot. The Nepalese destroyed it in the 19th century, now the Shivas & Buddhists share the temple that stands there today.
Overnight Hotel - Darjeeling (B, D)

Today we drive to Gangtok, a fairytale capital in the clouds, balances precariously on Steep Mountain slopes, Surrounded by lush rice terraces, swifts flowing rivers & distant snow views. It is situated in the lower Himalayas & was a small hamlet until the construction of the Enchey Monastery in 1840 made it a pilgrimage center. It became a major stopover between Tibet & British India at the end of the 19th century. It is also a centre of Tibetan Buddhist Culture & Learning with numerous monasteries & religious educational.

Today we take an excursion tour to Tsomgo Lake, considered extremely sacred by the local people. The place is a paradise for bird lovers with large number of Blue Whistling Thrush, Redstarts & Fork tails around. It hosts a number of migratory birds prominent among which is the Brahminy ducks. The word Tsomgo in Bhutia language means source of the lake. Next we visit Do Drul Chorten, are two exquisite Stupas, the Dul-dul-Chorten and were built to commemorate the victory of good over evil. The Jhang Club Chorten was built to perpetuate the memory of a great spiritualist of today. Thrul-Shik Rinpoche an ardent devotee of Buddha & one of his best interpreters died in 1962, the stupa immortalizes Rinpoche in the land of his birth. Next we visit Rumtek Monastery, meandering roads through emerald green rice terraces, lays Rumtek, the main monastery of Kagyud or 'Black Hat' sect of Tibetan Buddhism. Built in 1959 by His Holiness the 16th Reincarnated Gyalwa Karmapa, it is a replica of Tsurphu Monastery from the Kham region of Tibet.

Today transfer to Bagdogra airport to board flight for Kolkata. On arrival, take the connecting flight for onward destination.