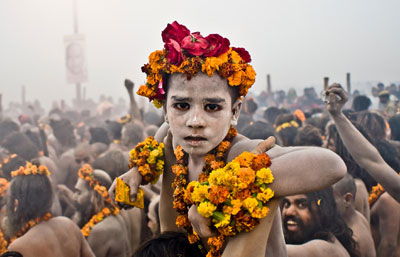 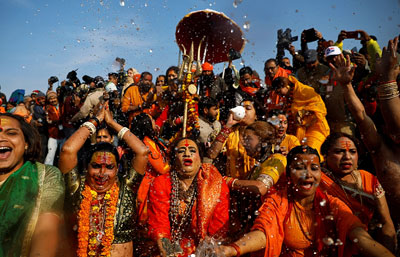 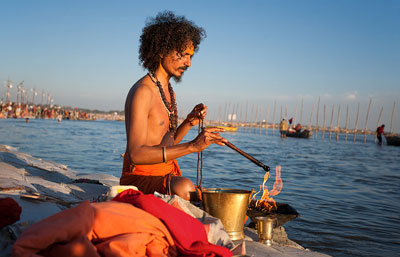 Delhi is a bustling metropolis, which successfully combines in its folds the ancient with modern.Its strategic location was the prime reasons why successive dynasties chose it as their seat of power. In fact, more mythological cities are believed to be here, like the city of Indraprastha fromthe Hindu epicMahabharata, founded around 5000 BC. Numerous monuments were built over several centuries by different rulers like Qutub-ud-din Aibek, Alauddin Khilji, Tughlaks, Humayun & Shah Jahan, who built the Walled City Shah Jahanabad.

Later in first half of 20thcentury much of New Delhi was planned by Sir Edwin Lutyens, who laid out a grandiose central adm inistrative area as a testament to British rule in India. The division in walled city & New Delhi also marks the division in life styles.
Overnight Hotel - Delhi (B)

We will also visit Humayun's Tomb, memorial of Mughal Emperor Humayun, built in the year 1562. The complex is a World Heritage Site & the first example of this type of Mughal architecture in India. Qutub Minar, built in the year 1206 by Qutub-ud-din Aibek. It is the tallest (72m) brick minaret in the world, an important example of Indo-Islamic Architecture. Qutub Minar & its monuments are listed as a UNESCO World Heritage Site.
Overnight Hotel ? Delhi (B)

Today we drive to Jaipur, popularly known as Pink City, the flamboyant & colourful capital of Rajasthan. With its rich & colourful past, resplendent with tales of valour & bravery, it is now one of the most important heritage cities in India. The city was founded in the year 1728 by Maharaja Sawai Jai Singh II, the ruler of Amber.It remains the only city in the world symbolizing the nine divisions of the universe, through nine rectangular sectors.

Optional: Chokhi Dhani
An evening excursion to Chokhi Dhani complex, ethnic village resort located at a distance of 15 km from Jaipur. Rajasthani village atmosphere is recreated on the sprawling ground & includes the entertainment by folk dancers & musicians. Later drive back to hotel.
Overnight Hotel - Jaipur (B)

Full Day Tour
Today we take an excursion to Amber Fort, the palace complex which stands to this date was commenced under the reign of Raja Man Singh.We take an Elephant ride to reach the Fort situated on the hill, an overwhelming experience like Maharaja and Maharani (Kings & Queen).

Later we visit the City Palace, a perfect blend of Rajasthani & Mughal architecture. The center of the palace is a seven-storied building called Chandra Palace, with fine views over the gardens & the city. Further we visit Jantar Mantar (Solar Observatory), an astronomical treasure house, with solar devices that give accurate predictions till date. We also visit Hawa Mahal (Palace of Winds), a five-storied structure of pink sandstone. It was built in the year 1799 so that veiled royal women could peer down the busy street market unseen by the world through its 593 stone Jharokas (mini windows).
Overnight Hotel ? Jaipur (B)

Today we drive to Agra, en route we will visit Fatehpur Sikri (Ghost Capital),the political capital of India's Mughal Empire under Akbar's reign, from the year 1571 until 1585, when it was abandoned, ostensibly due to lack of water. We visit Emperor Akbar's Residential complex,Mosque& Tomb of Salim Chisti.

Further we continue our drive to Agra, beautifully situated on the banks of river Yamuna. It achieved prominence as the capital of the Mughal Emperors from the year 1526 to 1628, remains major tourist destination because of its many splendid Mughal-era monuments, most notably the Taj Mahal, Agra Fort& Fatehpur Sikri, all three are UNESCO World Heritage sites.
Overnight Hotel - Agra (B)

Full Day Tour
Today we visit Taj Mahal (Closed on Fridays), symbol of eternal love, which stands on the banks of River Yamuna. It was built by the 5th Mughal emperor, Shah Jehan in the year 1631 in memory of his wife, Mumtaz Mahal. It was completed in 22 years. Further we visit Agra Fort, taken over from the Lodhis by the Mughal Emperor Akbar in the late 16th century. The Fort can be more accurately described as a walled palatial city. It was built from red sandstone, often inlaid with white marble & intricate decorations.

Itmad-Ud-Daulah's Tomb, built by Nur Jahan between 1622 and 1628. It belongs to the father of Nur Jahan, Ghiyas-ud-Din Beg. He was the Wajir (Chief Minister of Emperor Jehangir). This white marble tomb was. This tomb was the first complete marble Mughal structure.
Later we will transfer you to Railway Station to board your train to Allahabad.
Overnight On Board

Morning we will arrive at Railway Station and transfer you to Luxury Tent for check-in. Allahabad or Prayag is also called the "Tirth Raj", the king of all pilgrimage centers. There are many references to Prayag or Allahabad in Indian epics, Vedas and Puranas. Allahabad stands at the confluence of the Ganga and Yamuna (two of India's holiest rivers) and Saraswati River (a mythical river which is not visible). The place where river Ganga and river Yamuna meet is called Sangam (union). Sangam is the venue of many sacred fairs and rituals, and attracts thousands of pilgrims throughout the year. The most important event at Prayag is the Kumbha Mela. Millions of people from all over India and the world gather at Prayag to take a holy dip at Sangam.
Overnight Luxury Tent - Allahabad (B, L, D)

Morning drive to Allahabad to see the Sangam (Meeting point) of the three rivers - Ganga, Yamuna & Saraswati. Here the Maha Kumbh Mela is held every 12 years which is a major Hindu festival. Sangam - Around 7 km from Civil Lines, overlooked by the eastern ramparts of the fort, wide flood plains and muddy banks protrude towards the sacred Sangam. At the point at which the brown Ganges meets the Greenish Yamuna, pandas (priests) perch on small platforms to perform puja and assist the devout in their ritual ablutions in the shallow waters. Beaches and ghats are littered with the shorn hair of pilgrims who come to offer pind for their deceased parents.  Allahabad also hosts world famous Kumbh Mela once in a twelve year The observance of Maha Kumbh Mela has achieved international popularity as "The biggest act of faith." Millions of pilgrims come to participate in the holy event of Maha Kumbh with a tremendous faith. They have a "persistent trust in something sublime". The pilgrims come from all walks of life, with a belief that their sins will be washed off in the holy waters of the sacred river Ganges if they take a dip during the Kumbh but the actual and more science based reasons are different. It is actually the position of stars and constellations during the Kumbh that makes it significant to take a dip in the river at that time..
Later visit Allahabad Fort, Anand Bhawan and various other attractions of the town.
Overnight Luxury Tent - Allahabad (B, L, D)

Today we will drive to Varanasi and upon arrival transfer you to hotel for check-in. Varanasi, picturesquely situated on the banks of holy river Ganga. The city is the Oldest Living City of the World & traces of its existence are found around 10000 BC. Other than being a very holy city for Hindus, it also holds a very significant association with Buddha's life & Buddhism.

Half Day Tour :
Later today we take an excursion to Sarnath, the site of the deer park where Gautama Buddha is said to have given his first sermon about the basic principles of Buddhism. It has been a premier centre for Buddhism & has a rich collection of ancient Buddhist relics & antiques comprising numerous Buddha & Bodhisattva images on display at the Archaeological Museum. In the evening we witness the Ganga Aarti Ceremony at the Ghats
Overnight Hotel ? Varanasi (B)

Today we start our day with a boat ride on the river Ganges. Rise before dawn & step gingerly in the boat as the boatman starts rowing the boat. Witness the daily miracle to unfold, as the Sun appears triumphantly over the horizon. The sound of conches & temple bells add to the delicate pink fabric of dawn. The formerly hushed murmuring of ancient Sanskrit Shlokas (hymns) now rise, in one voice, to a crescendo of unparalleled piety & joy. Later we back to hotel for breakfast and post breakfast drive to sight seeing covering The Banaras Hindu University is one of the oldest educational centres in India which was built in 1917. Its campus is spread over five square kilometres and houses the Bharat Kala Bhavan, which has a fine collection of miniature paintings, sculptures from first to fifteenth centuries, old photographs of Varanasi and brocade textiles. This temple is dedicated to Lord Rama and is situated where the great medieval seer Tulsidas is believed to have lived and written the great epic 'Shri Ramcharitmanas'. This unique temple has a huge relief map in marble of the whole of Indian subcontinent and Tibetan plateau installed instead of icons of gods and goddesses. The eighteenth century Durga Temple is also known as the Monkey Temple due to the presence of the many monkeys that live here. Durga is represented as the embodiment of shakti or female power, clad in red, riding a tiger and fully armed with Shiva's trident, Vishnu's discus and a sword.

In the evening transfer to Varanasi airport to board flight for Delhi to connect your International Flight with great memory of Mahakumbha Mela.