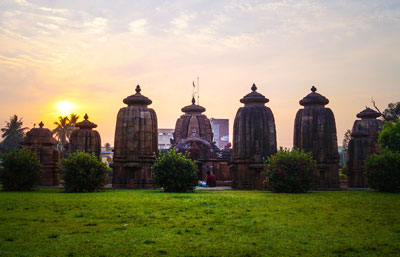 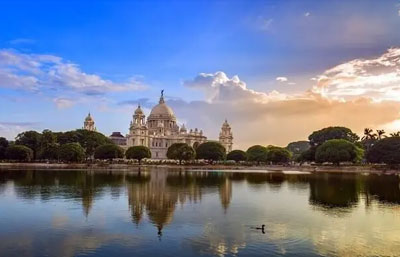 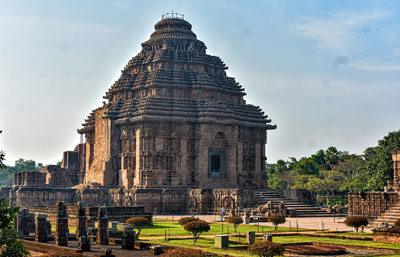 Today we take a flight to Bhubaneswar, the temple city of India. Once the capital of ancient Kalinga, the city has a long history & is today a bustling centre for commerce & religious activity. These temples are unique in themselves, not only in their architectural beauty but also in the wonderful sculptures. These temples epitomize a comprehensive history of Orissan style of temple architecture from its very inception to perfection spreading almost to 2000 years from 3rd century BC to 16th Century AD.

Later we take a tour of Bhubaneswar visiting Lord Shiva Lingaraja Temple, the 11th century temple of Bhubaneswar has been described as "truest fusion of dream & reality." A rare masterpiece, the temple has been rated one of the finest examples of purely Hindu temple. Every inch of the 55 m-high Lingaraja temple is covered with elaborate carvings. Sculpture & architecture fused elegantly to create a perfect harmony. Next we visit Mukteshwara Temple, a 7th-8th century AD is one of the most ornate temples in Bhubaneswar. The intricate carvings of the deities stand testimony to the influence of Hindu, Buddha & Jain style of architecture. The carvings on the roof are specially striking.

We also visit Parashurameshwara Temple, a small but richly decorated shrine of Shiva that was built in the 7th century. It is one of the best examples of the Orissa style of temple architecture.

Today we drive to Puri, en-route visit Dhauli & Pipli village & Konark (Sun Temple). First we stop at Dhauli, where Mauryan Emperor Ashoka the Great renounced bloody warfare & embraced the teachings of Buddha after victory over kingdom of Kalinga. Here we visit Peace Pagoda known as Shanti Stupa built in early 1970 by Japanese. Also visit two ancient rock edicts, today eclipsed by the presence of the Pagoda. Dating from 260 BC they outline Ashoka's detailed instructions to his administrators to rule with gentleness & fairness. Next we visit the Colorful Pipli village, where Orissan Handicrafts, the specialty is applique work.

Later we drive to Puri en route we visit Konark temple Chariot of the Sun God, built by King Langula Narasimha Deva in the 13 century AD in the Golden era of Orissan art. This crowning piece of Orissan architecture & sculpture is sheer poetry on stone.

February Attraction: Performance of the Annual Dance Festival which is held by the stunning ruins of the Sun Temple. Renowned exponents of Indian classical dance forms participate at this festival.

Today we visit the famous Jagannath Temple, dedicated to Krishna(Vishnu) in his deity form of Jagannath, meaning Lord of the Universe (Jag translates to Universe, nath means Lord). The present temple structure was built by Ananta Brama Chodaganga Dev in middle of 12th century AD (1078-1147 AD). It is a curvilinear temple which rises to 214 feet. Crowning the very top is the 'srichakra' (an eight spoked wheel) of Vishnu. The most important festival is the Rath Yatra or the Chariot festival once a year.

Later we explore the Puri beach, one of India's finest beaches. Puri Beach attracts millions of travelers to India with its strategic setting & religious importance.

Puri - Gopalpur via Chilka Lake (200 km- 5 hr)
Today we drive to Gopalpur en-route visit Chilka Lake, famous for its bird sanctuary. It is Asia's largest inland salt-water lagoon. Studded with small islands including the picturesquely named Honeymoon Island & Breakfast Island, the lake is separated by a sandy ridge. It is dotted with small islands & has an impressive array of bird life both native & migrant. White bellied sea eagles, graylag geese, purple moorhen, jacana, herons & flamingos are most popular bird species found. Other than the birds, its shores are home to black buck, spotted deer, golden jackals & the lake is rich in aquatic life, its water harbor various species of fish including the famous Chilka dolphin. Prawn, crab & mackerel fishing is an important source of livelihood for the locales.

Today we drive to Bhubaneswar to board the flight to Delhi. Upon arrival assistance & check-in hotel
Overnight Hotel - Delhi (B)

Full Day Tour
Today we take a guided tour of Old Delhi, the 17th century walled city of Shah Jehanabad, Visiting the great Jama Masjid, the principal mosque of Old Delhi. Built in the year 1656 AD by the Mughal Emperor Shah Jahan, it is the largest & best known mosque in India. Later we walk down or take a rickshaw ride through Chandni Chowk, the old marketplace of Shah Jehanabad now a picturesque bazaar to reach Red Fort, built in the year 1648 by Shah Jehan.

Our tour concludes: Caper thanks you for your patronage & ensures a punctual transfer to the Airport for your onward travel.